We have noticed that some people sometimes settled several anti-virus. The problem is that you should never install several (simultaneously) as this will create conflicts. To prove this, we have created a virtual machine where we installed "Avast Internet Security", "McAfee Total Protection" and "Bitdefender Total Security".

First, some anti-virus check programs installed on your computer to ensure that you install several anti-virus. Besides McAfee warned that Avast was installed but not detected Bitdefender. Like what you better manually check that you have uninstalled your previous anti-virus software before installing a new one.
Note : We have ignored the warning to show you exactly why you should never install several.

After a few hours of surfing Windows Internet began to slow and virtually freezer occasionally. 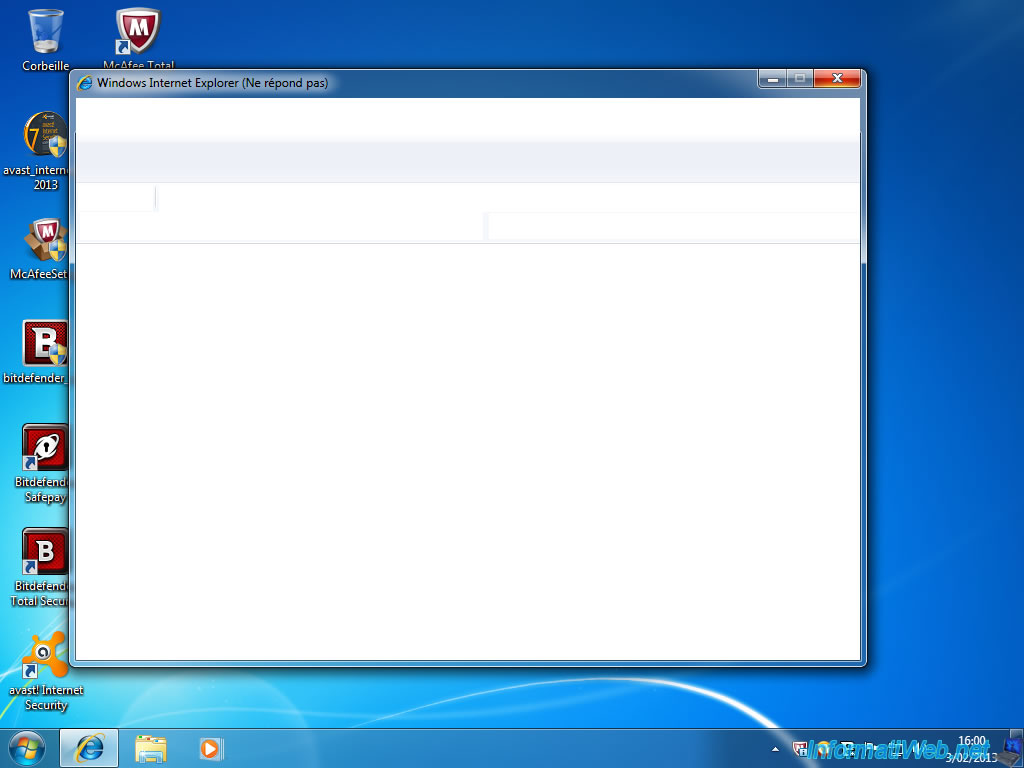 We also attempted to execute non recommendable programs (viruses, ad software and other malware) and oddly anti-virus did not detect anything. But as normal, Avast would have detected. So you thought better protect you by installing several anti-virus and you will realize that it has the opposite effect.
Now it's the same process that crashes Windows because of these multiple anti-virus.

And finally just when anti-virus are killing. As you can see from this image, Avast, Bitdefender is a Trojan Downloader. Yet this is not a fake anti-virus as you confirm google. It is even one of the best paid anti-virus right now. 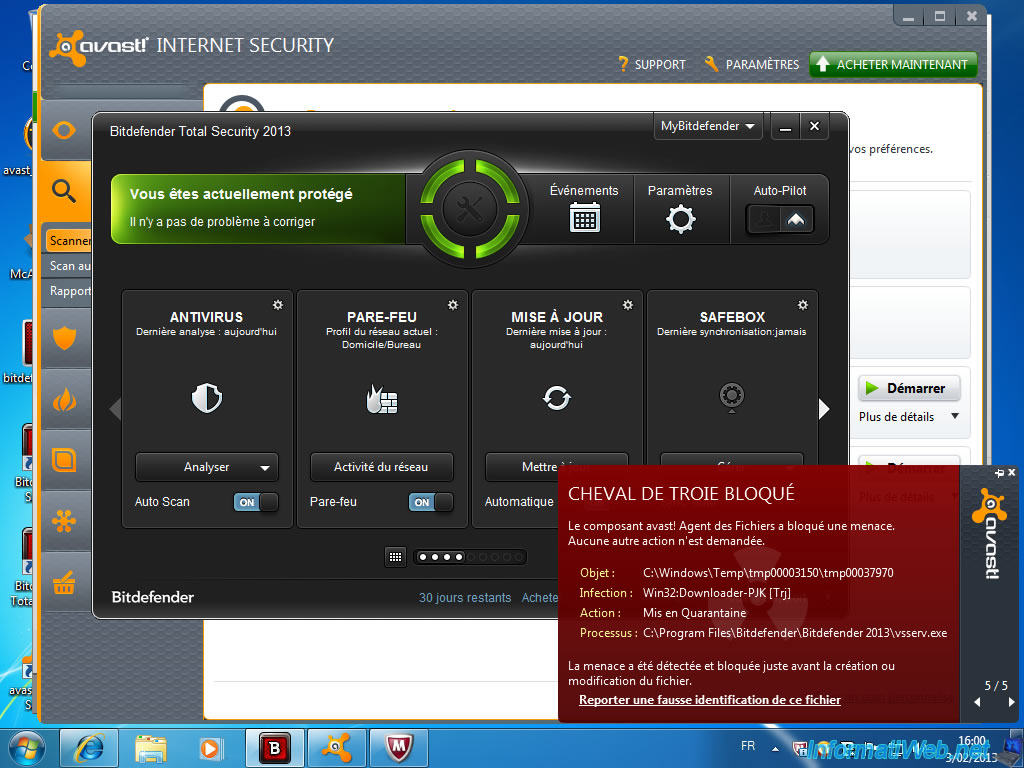 So here's a little explanation of how an anti-virus and Internet Security solutions that are growing.
In summary, anti-virus scans :
- Your files.
- The internet address (URL / Web) to which you connect.
- Your e-mail (E-mail).
- Data that exchanges via P2P programs (those used mostly illegal way not to mention also the online games like TrackMania, ...).
- Data that exchanges via messaging software like Skype (formerly MSN, Windows Live Messenger, ...), trillian ...
- But also the programs that are running right now on your computer.

All these techniques of anti-virus detection could be compared to a big spy software created by a hacker. The hacker could then use the program to spy on sites where you go and what we have just mentioned. That is why anti-virus always detect as virus-between and why it does not need to install several at the same time.
Finally, I want to say that this article serves only to briefly explain how a virus works and hence why they are killing between one day.

I also want to say that I do not criticize at all anti-virus because without them the Web would be much too dangerous.
Comparisons have been made just for you give the reason why they attack them if they are present at the same time on the same computer.