If you're a fan of flash games or trying to use an old web interface based on Adobe's Flash Player plugin, you've probably noticed that Flash Player has stopped working since 2021.

Warning : using the Adobe Flash Player plugin at the present time involves risks given that it's no longer supported by Adobe and that the potential security flaws that are still there will therefore never be corrected by Adobe.

As stated on the official Adobe website, Flash Player is no longer supported by Adobe since December 31, 2020.
Additionally, Adobe has blocked Flash Player from working since January 12, 2021.

For example : Firefox version 84 is the last to support Flash Player.
From version 85 of Firefox, Flash Player is no longer supported.

When you use a web interface (such as phpvirtualbox, for example) based on Flash, your favorite web browser (in this case : Firefox) tells you that the Flash plugin is not installed. Even if this plugin is still installed on your computer.

If you try to play flash games, you'll find that doesn't work either.
Note that the message displayed may differ from site to site. 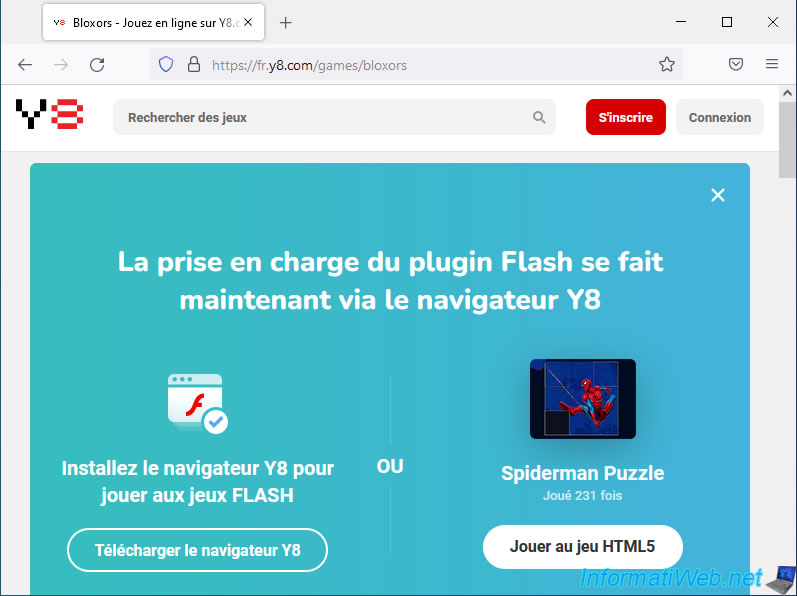 Download the version suitable for your architecture (x86 / x64) of Windows and launch the downloaded file.
To install it, just click Next at each step. 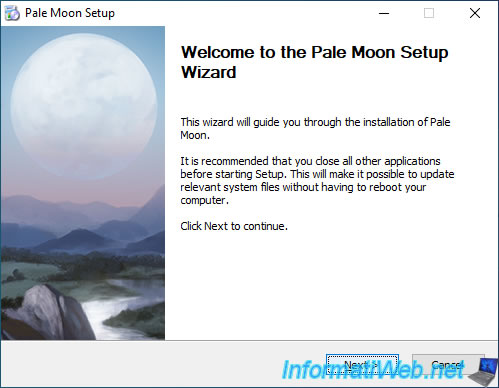 As you can see, Pale Moon is similar to Firefox.

Note that the Flash plugin is not included there, but you can install it manually later. 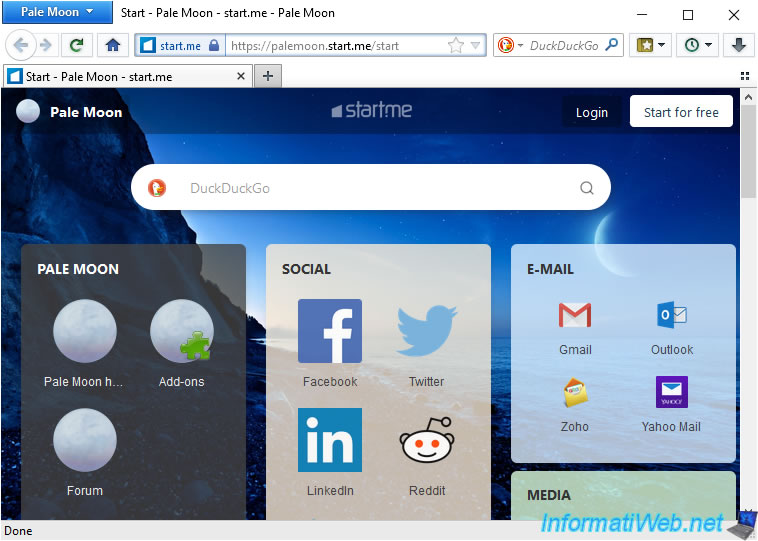 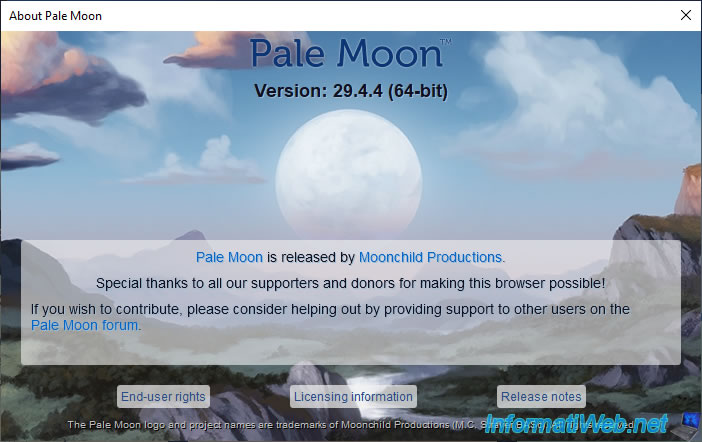 If you want to be able to use the Adobe Flash Player plugin from Mozilla Firefox, you must use version 84.0. 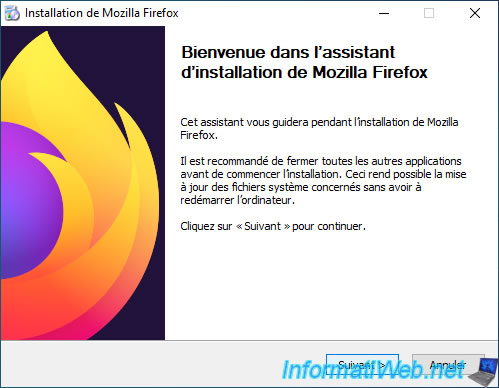 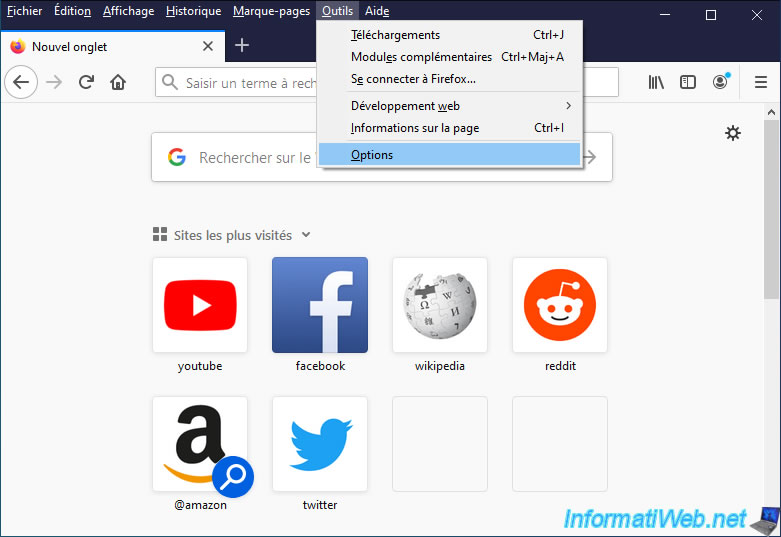 Scroll down to the page that appears and locate the section : Firefox Updates.
Select "Allow Firefox to : Check for updates but let you choose to install them".

Once you have selected this option, a small "Update in progress" window may appear.
If this is the case, click on : Abandon. 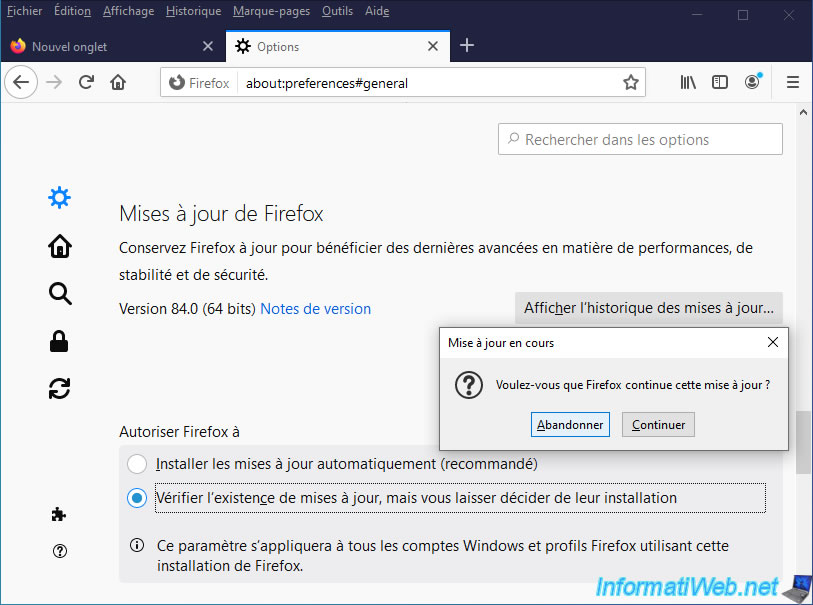 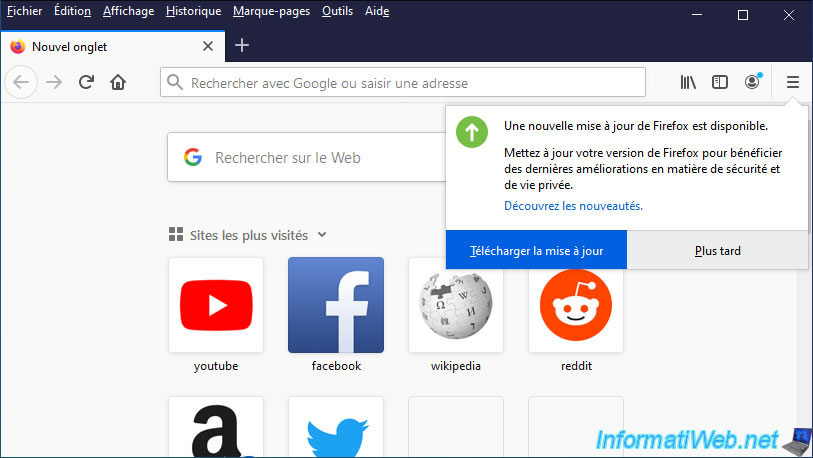 To disable checking for Mozilla Firefox updates and prevent this message from appearing, you will need to use the Windows registry editor.
To do this, open the start menu or the touch interface of Windows and type : regedit.
Launch the proposed registry editor. 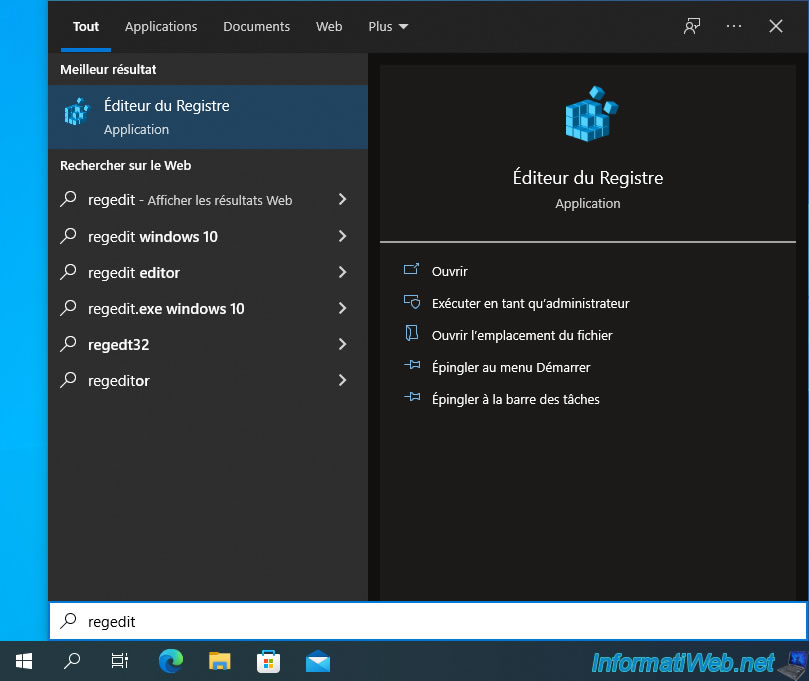 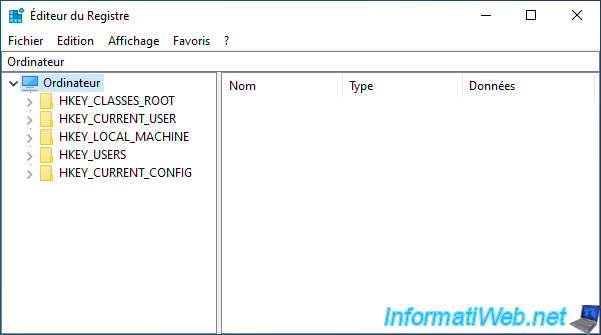 Go to the "HKEY_LOCAL_MACHINE\SOFTWARE\Policies" key. 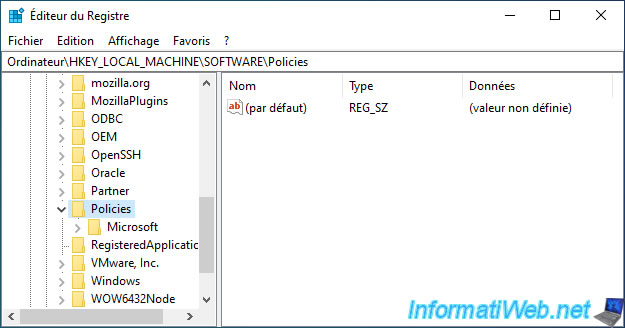 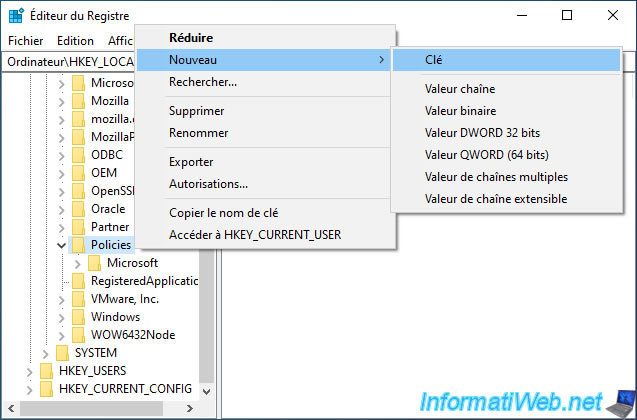 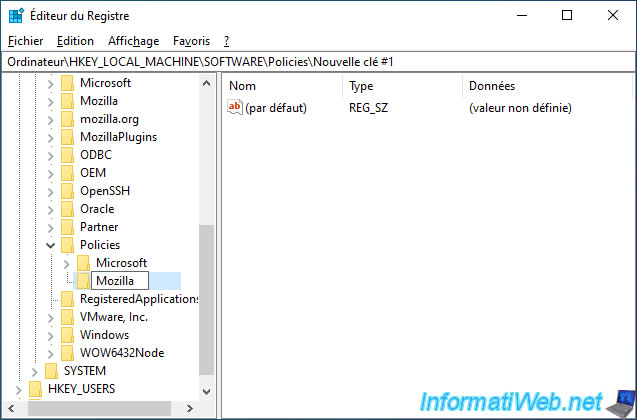 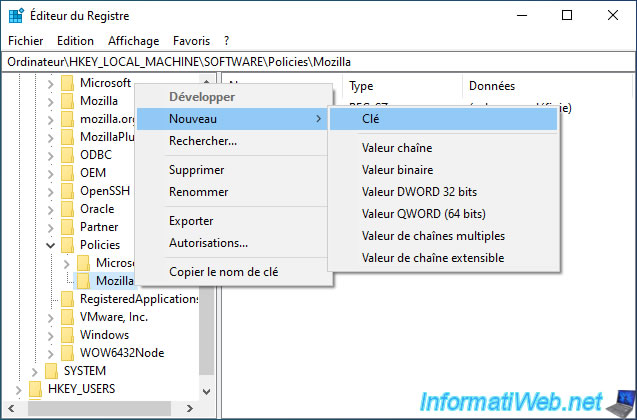 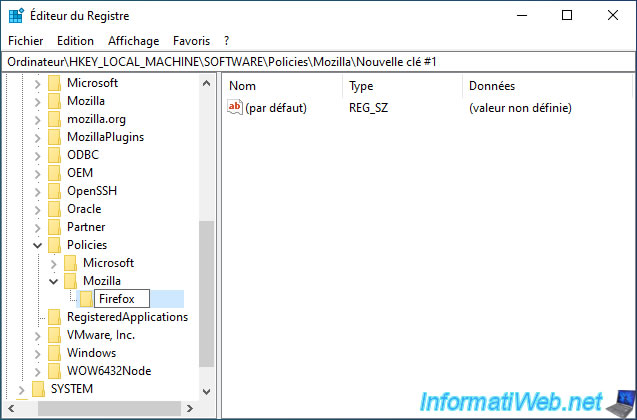 Once the "Firefox" registry key has been created, right-click "New -> 32-bit DWORD Value" in the right part. 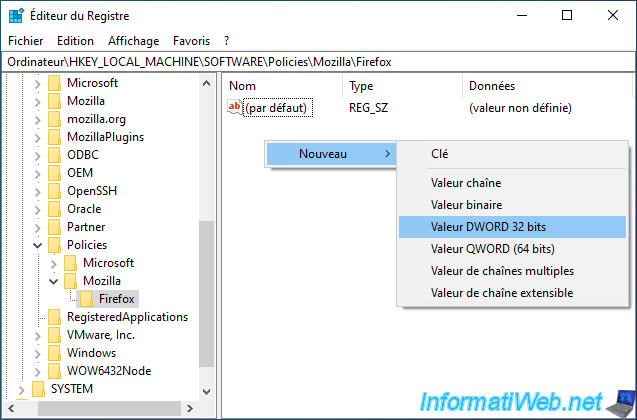 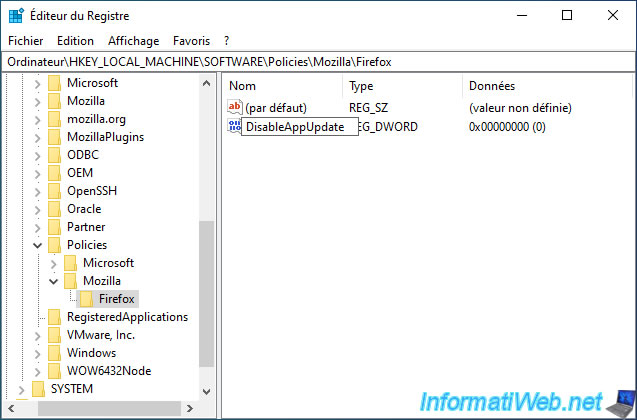 Then, double click on it to change its value. 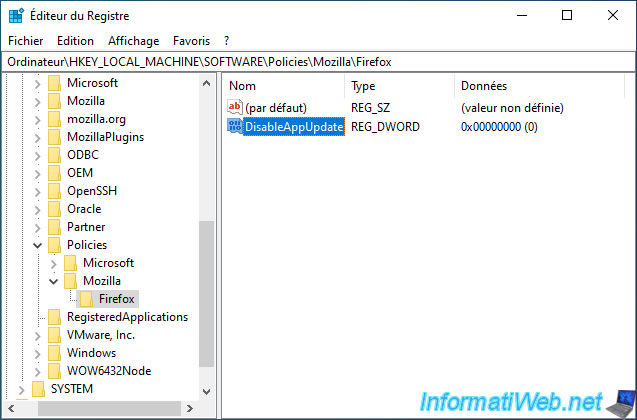 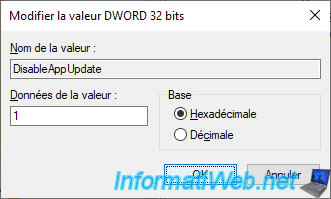 Restart Mozilla Firefox and you will see this appear : 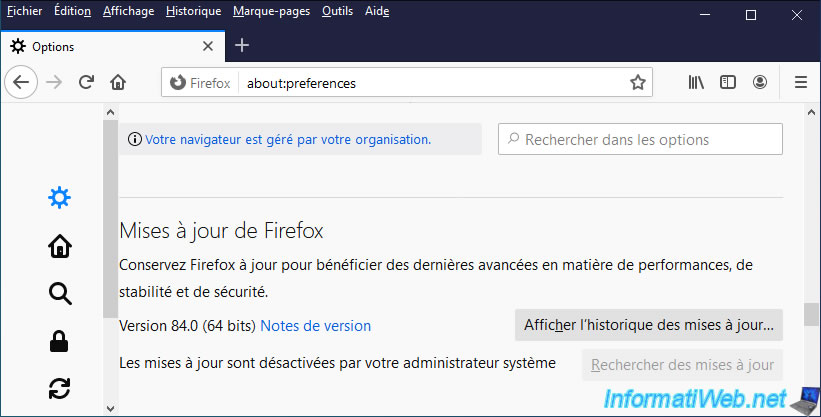