If you have already tried to export a big movie "After effect" in "swf" (flash format), you've probably encountered a problem during the export. Whether animation crashes after a certain time or freezes directly, many people find themselves stuck because they do not want to start over.
The solution and go through the FLV video format and incorporate it into a flash file (swf).

Let's start by opening our project "After effect". 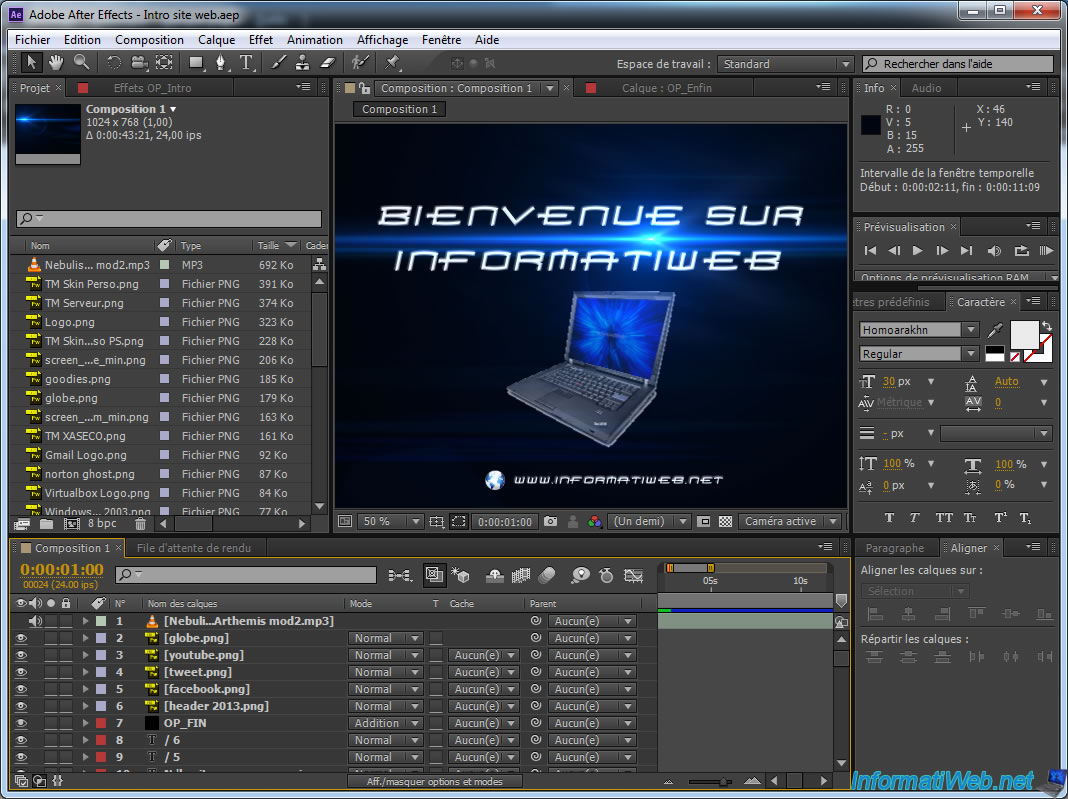 To make a record of your movie, go to the menu "Composition -> Add to the render queue". 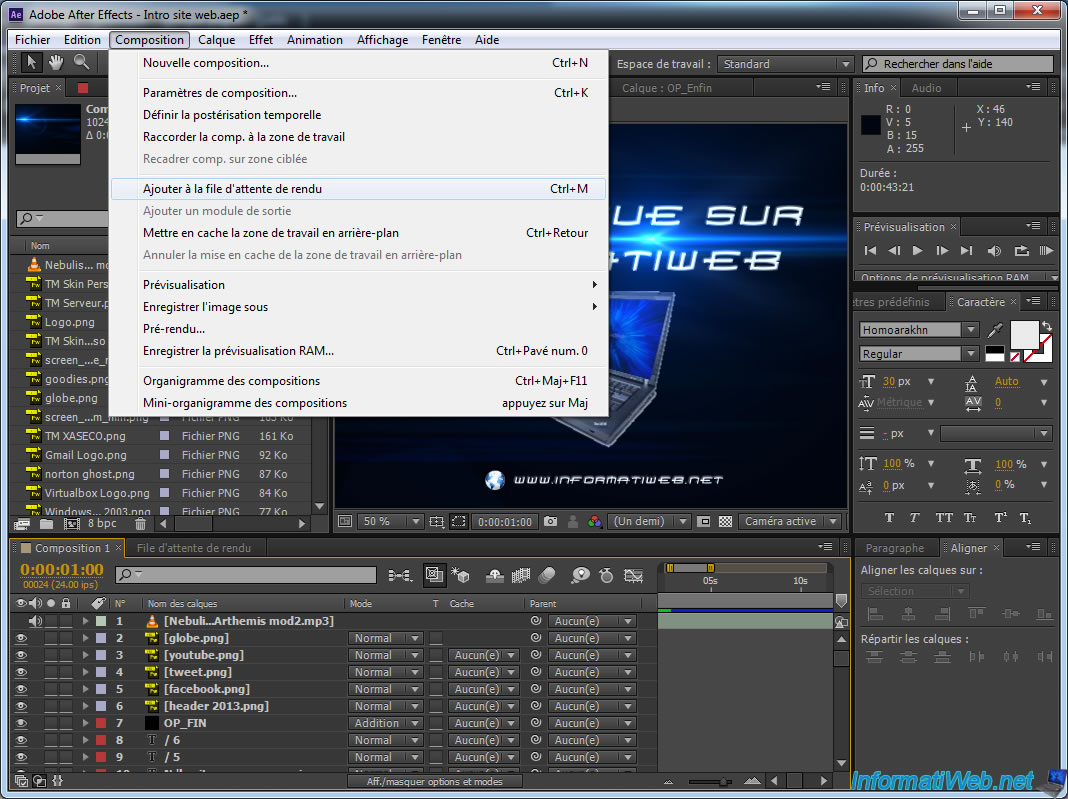 Then click the "output module : non-destructive" (written in orange). 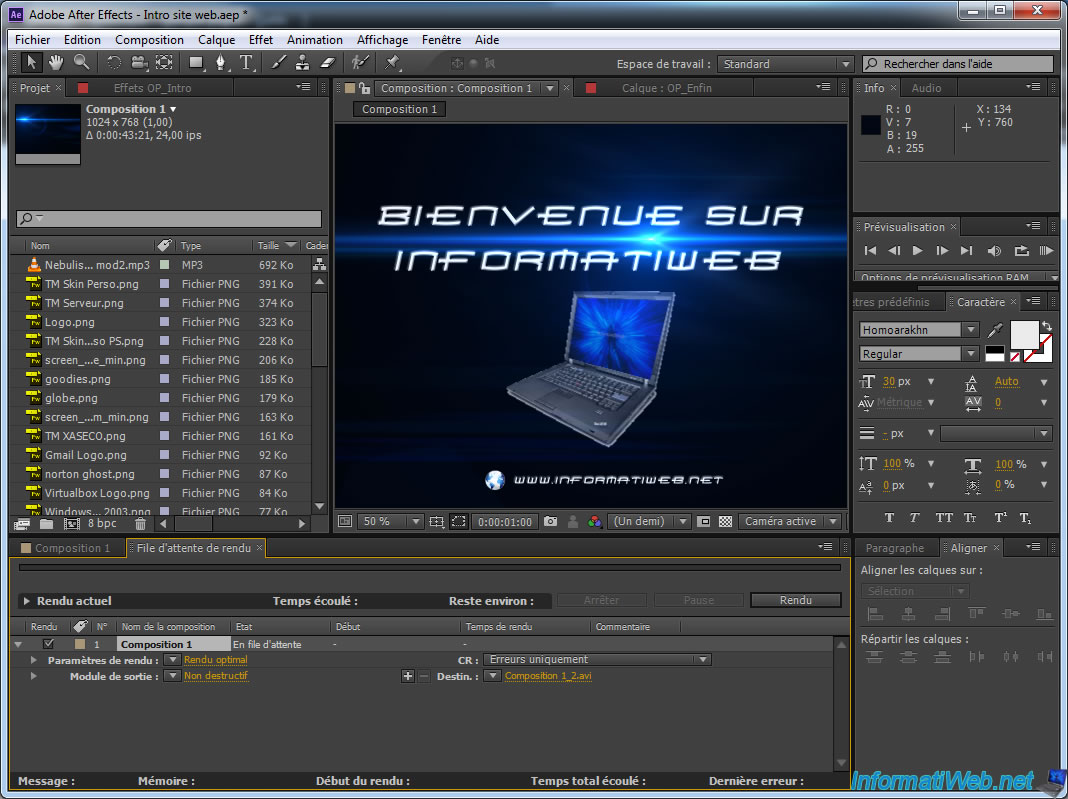 Select the format "FLV" and check the "Audio Output" box at the bottom if you have sound in your animation. If you want to adjust the speed of the audio output, click the "Option format" button in the "Audio Output". 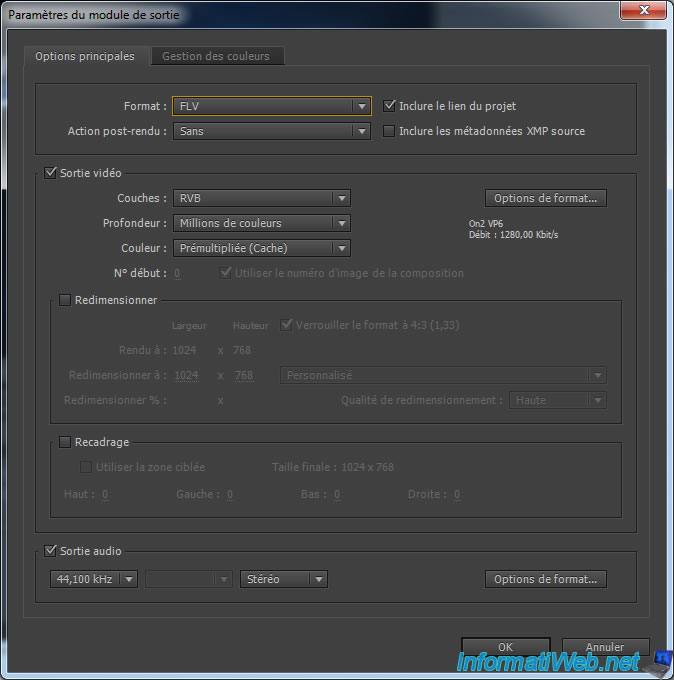 In the queue record, now click on "Destin : Composition_x.avi" (written in orange). Select the name to save the animation ".flv". 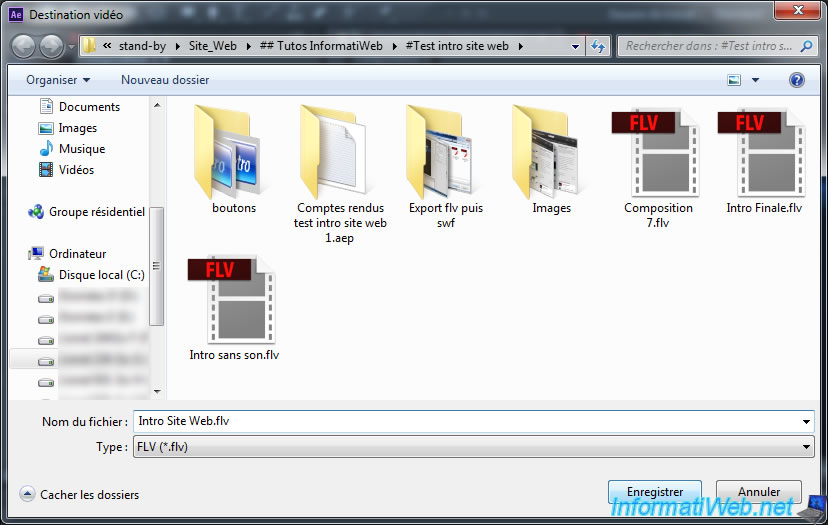 Rendering can take a long time depending on the size of animation. 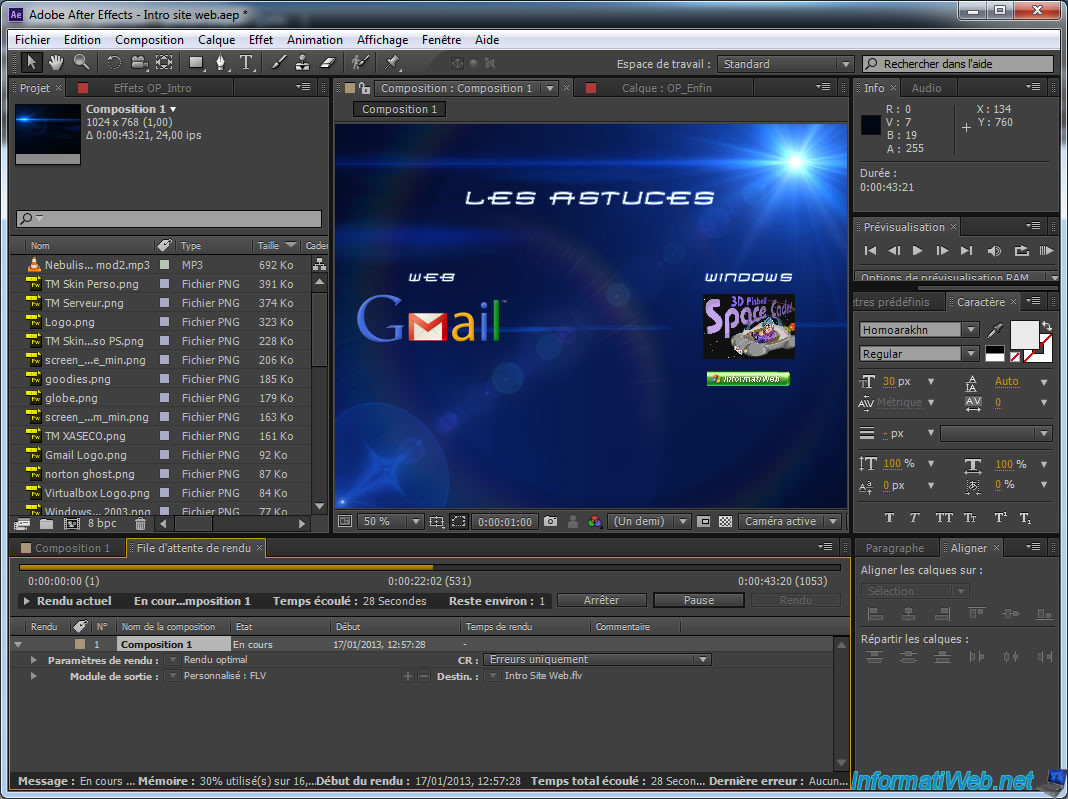 Once we have our video in FLV format, we will create a new flash file to incorporate. To do this, open Adobe Flash and go to the "File -> New" menu. 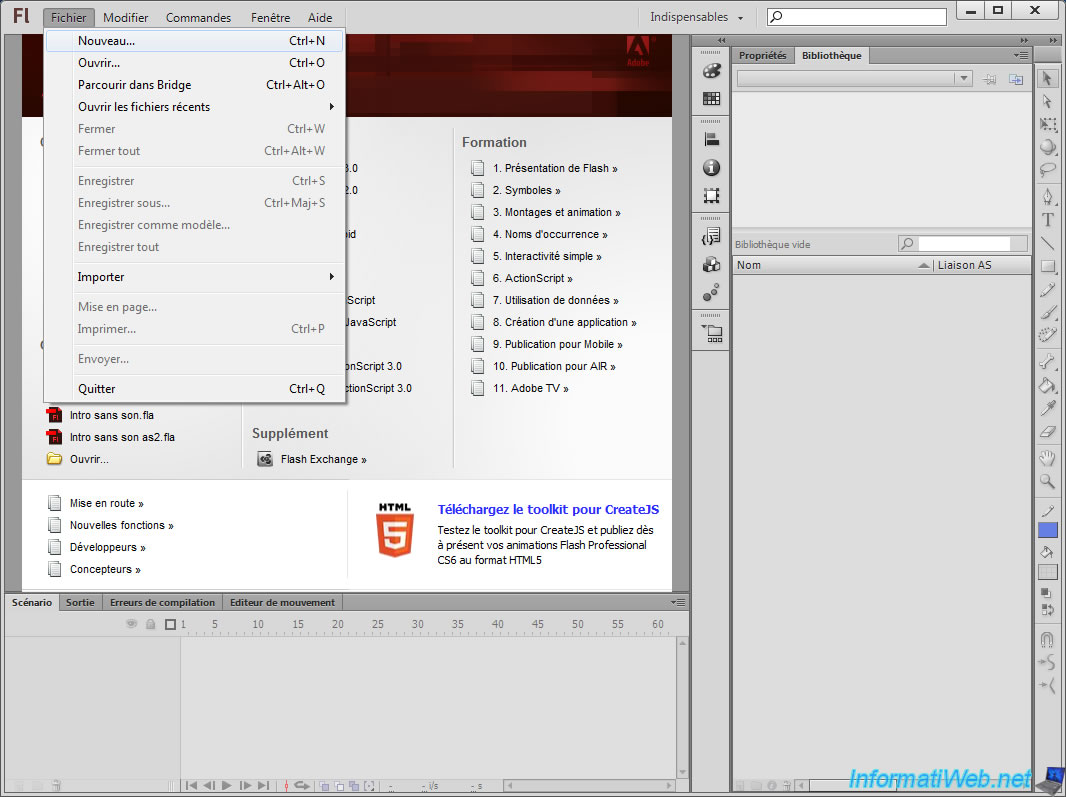 Indicated the same parameters as for your composition in After Effects and click "OK". 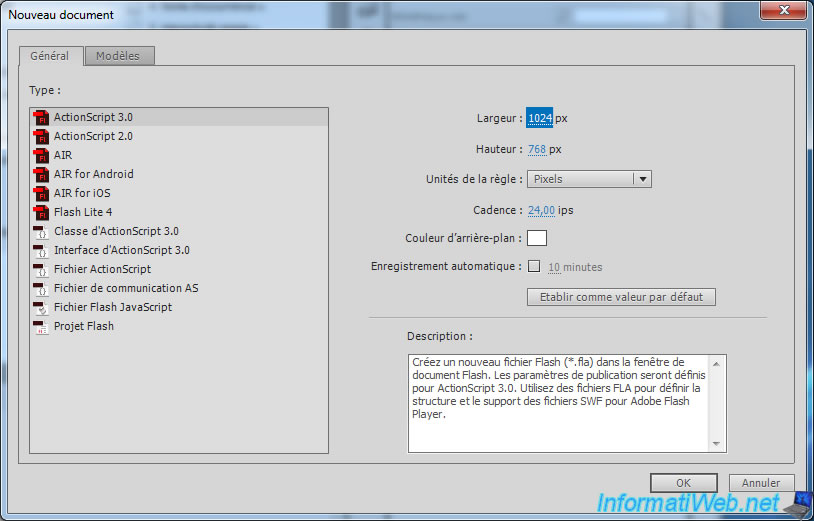 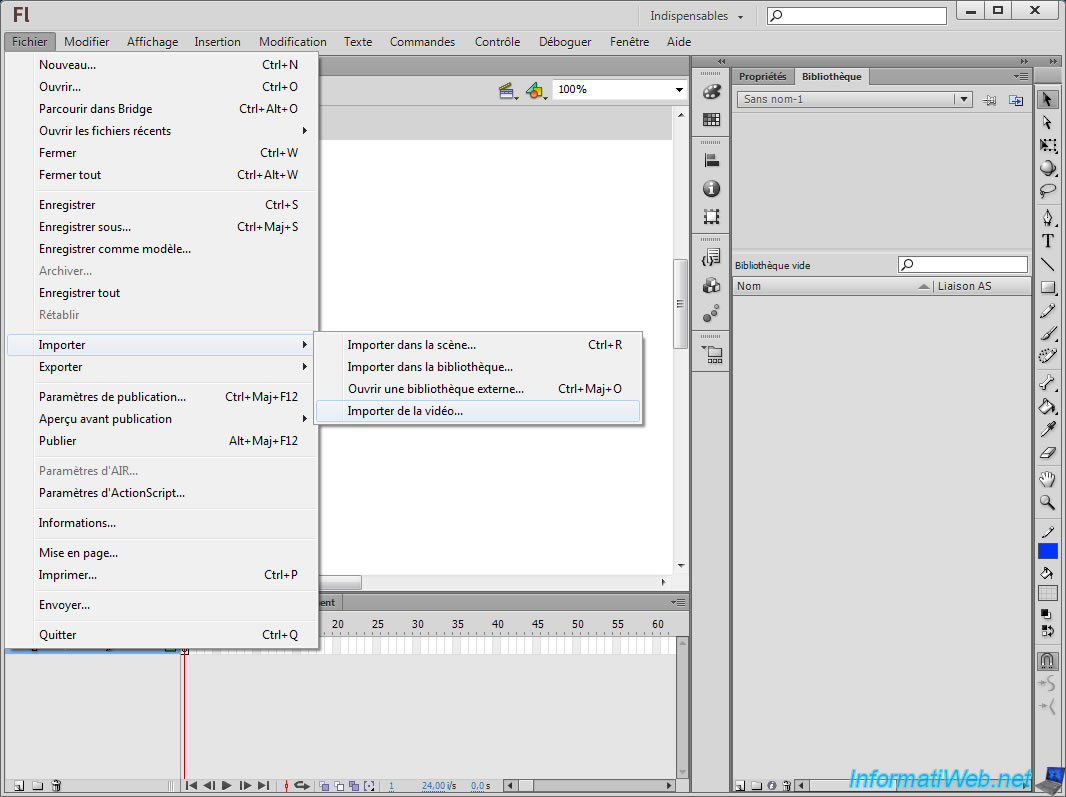 Click "Browse" to select your FLV video and then select "Add the FLV file in SWF and Play In Timeline". 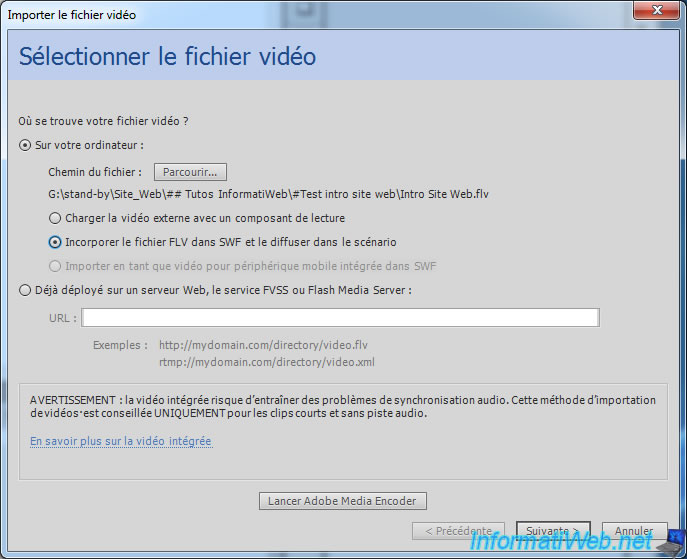 Select "Embedded Video" and check if necessary "Include Audio". 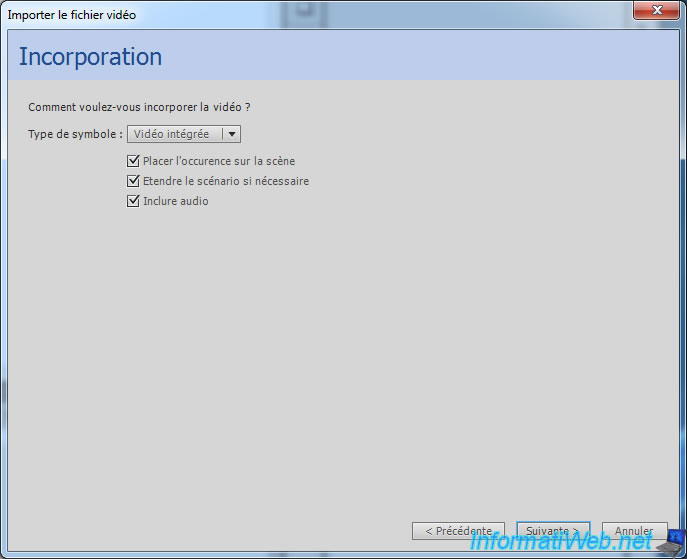 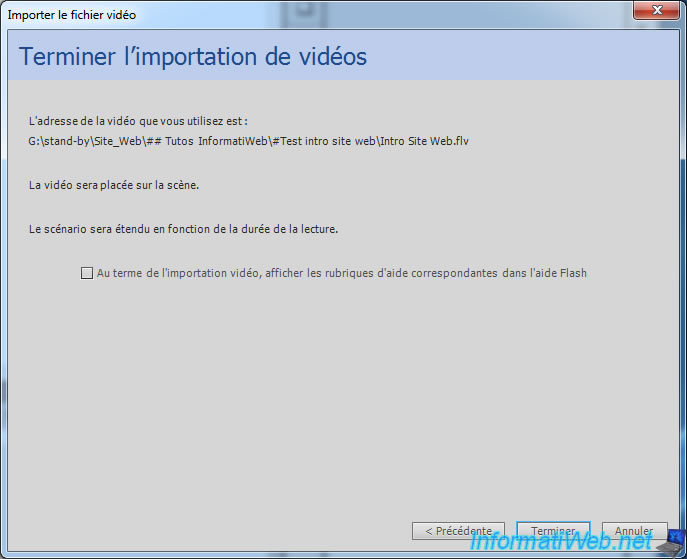 Now if you move the cursor over the red scenario, your animation should animate as in After Effect.
To ensure compatibility with the most people possible, we recommend that you publish your flash file for an older version of flash. To do this, go to File -> Publish Settings. 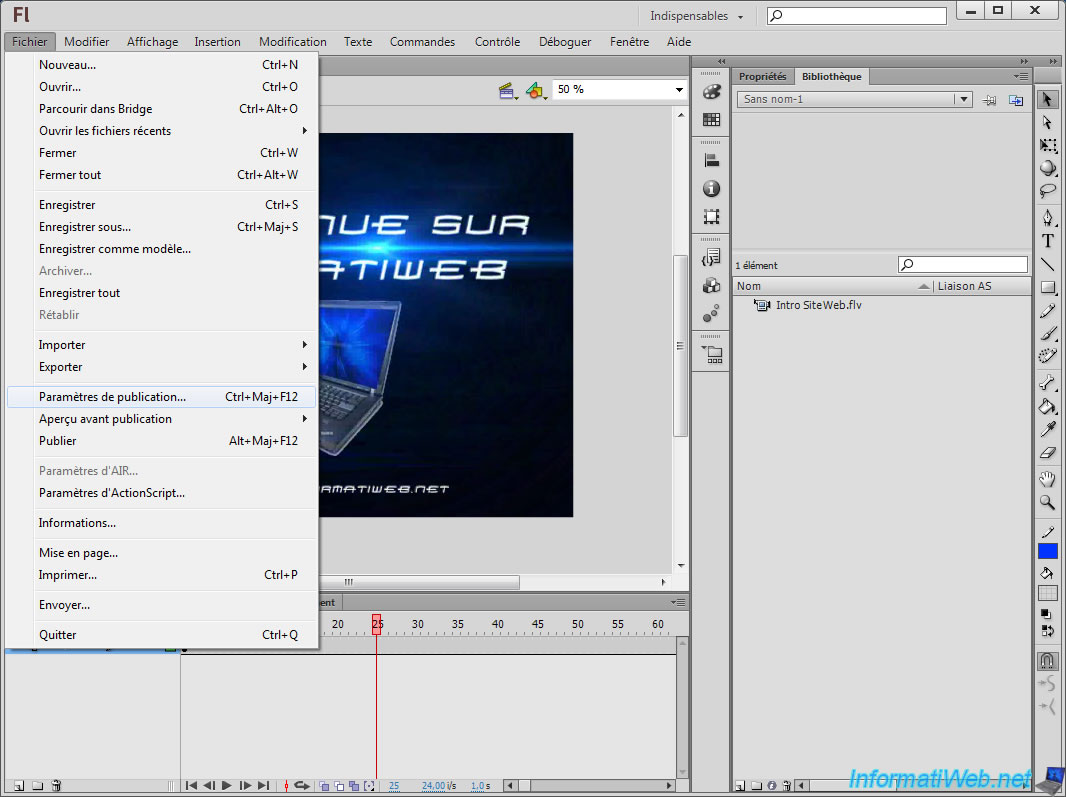 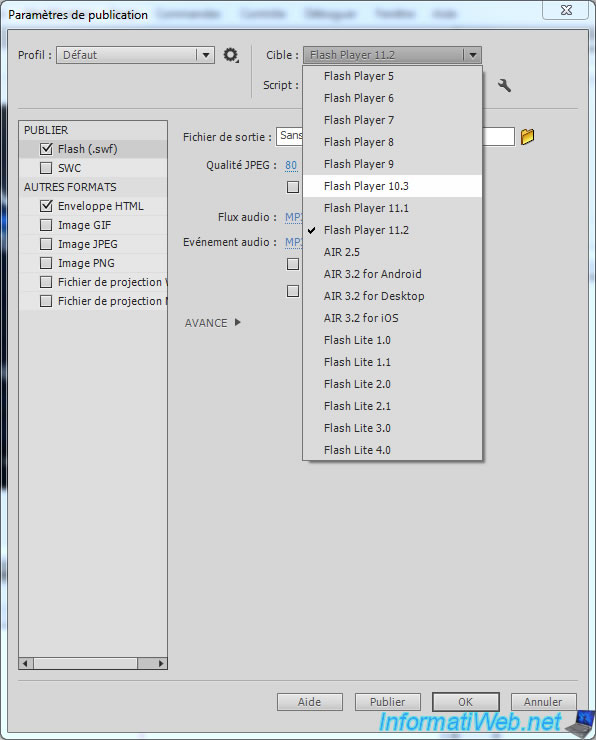 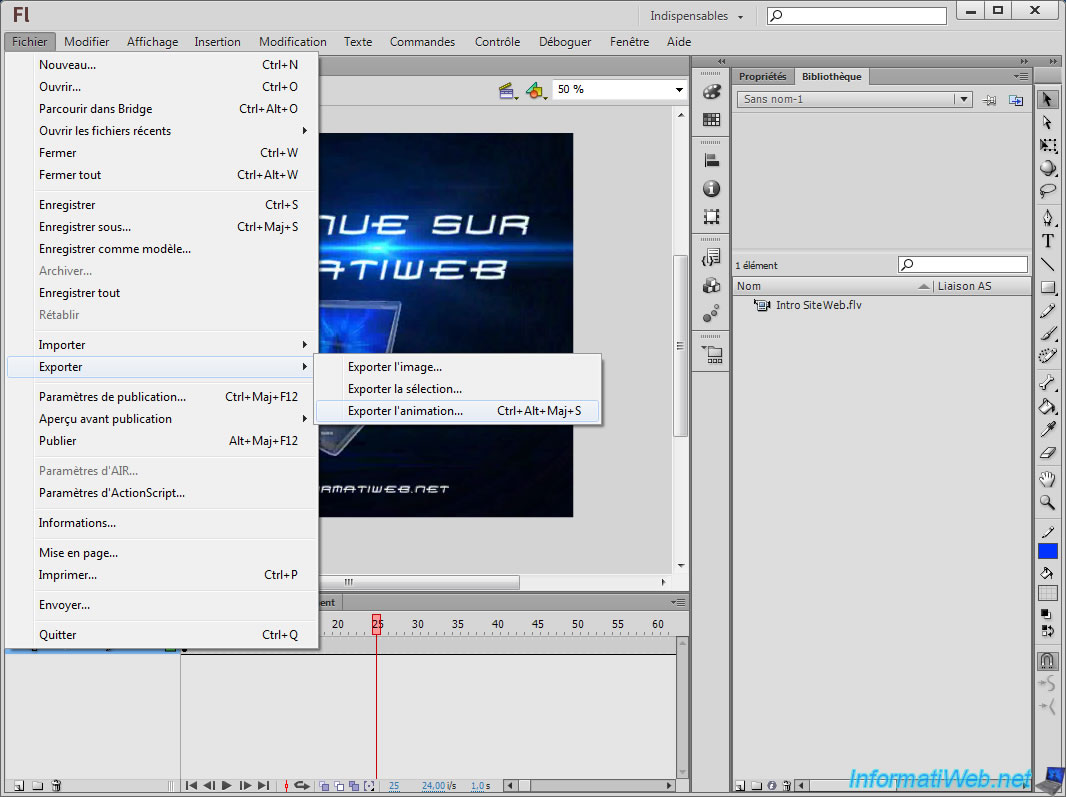 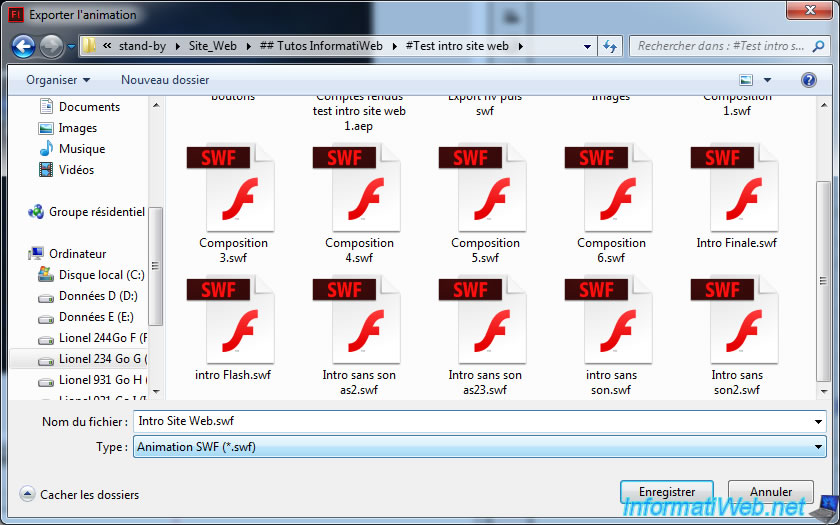 Your animation created with "Adobe After Effect" is now exported swf.