You accidentally deleted a file, folder, or you formatted your USB drive or partition by mistake? Here are several possible solutions to recover them.

1. Problem : You have accidentally deleted a file

First, make sure the file is not just in the recycle bin. In this case, you can simply restore it by a right-click -> Restore on the concerned file(s). 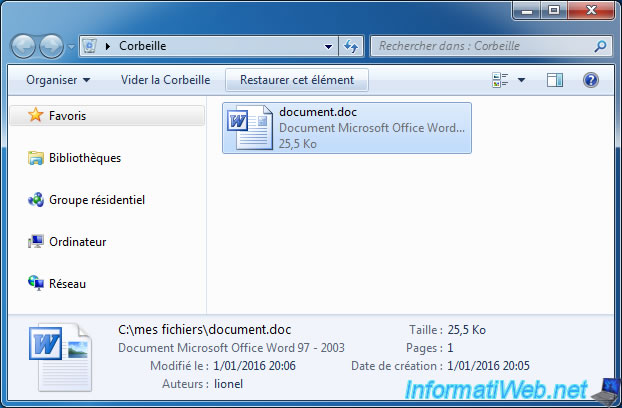 Note : if you delete a file on an USB key or a removable disk, the file is never sent to the recycle bin.
Most people will tell you that this file has been "permanently deleted" from the USB key. But it's wrong.

2. Problem : You have permanently deleted a file or you formatted the wrong partition

Generally, users would say it's too late and it is impossible to recover these files because they were "permanently deleted".

In reality, when you delete a file with the shortcut "Shift + Del" or when you format a partition, concerned files are never permanently deleted.
In fact, Windows only delete it from the list of files present on this or that partition. So, the file is only removed from this list and Windows doesn't delete the file contents.
By cons, the place where the file was located is marked as free. This means that Windows could rewrite there.

In short, if you delete an important file or when you format one of your partitions by mistake, it is strongly recommended to not rewrite on this partition before recovering these files with a data recovery software.

Most users will recommend Recuva as data recovery software because this program is free and has been created by the author of Ccleaner. Namely : Piriform.
Nevertheless, this program is not the best.

From our side, we recommend File Scavenger software that is paid, but very powerful. Indeed, he has allowed us to recover data "permanently" deleted by mistake, and when losing a partition of a hard drive.

For the little story, we have a hard drive with multiple partitions where Windows 7 was installed, and to resolve a compatibility problem and performance, we wanted to reinstall Windows XP. For some reason, it was impossible to reinstall Windows XP on the desired partition. So, we tried to delete the partition where Windows 7 was installed to recreate it.
The problem is that for some reason, all the hard drive partitions have disappeared after deleting a single partition. Disaster.

As you should never write data to a hard disk when you delete important data, we turned off the computer without installing Windows and the hard disk is left completely blank.
Since we already know the "File Scavenger" program through an experience in a computer store, we attempted a recovery of data on this hard disk by booting on the "Hiren Boot CD" live cd (so, everything is written only in the RAM of the computer, not on the hard drive).
After several hours of hard disk analysis, File Scavenger detected partitions of our hard drive and all data that were there. We launched the data recovery and we were able to recover important data that were still present on this hard drive that appeared blank.
Obviously, some file names have been lost, but this was probably old data deleted for a long time.

This data recovery was done long ago, but we found 2 print screens from this period. 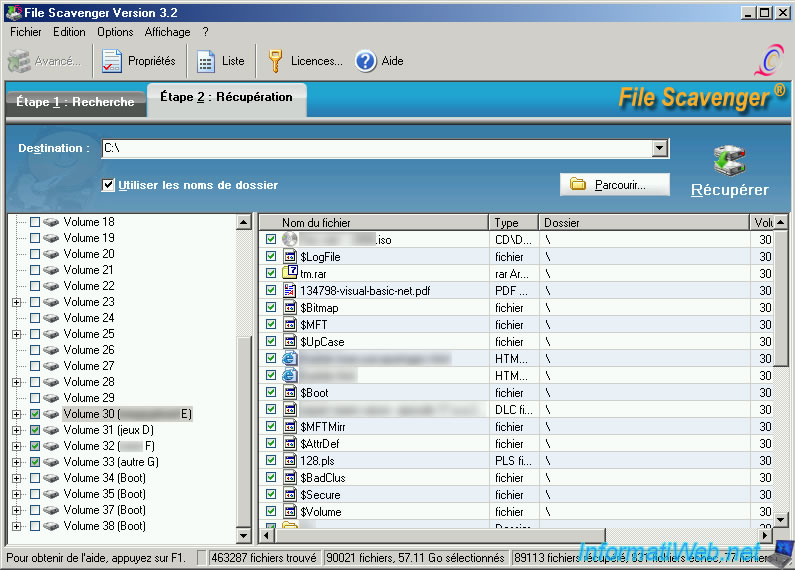 After several hours of waiting, we have recovered all our data.
As you can see, we recovered data including the music, images, ... folders created by default by Windows 7. But also important data as a TFE (Working graduation), our web servers (the wamp and server folders), a course on Visual Basic .Net, ... 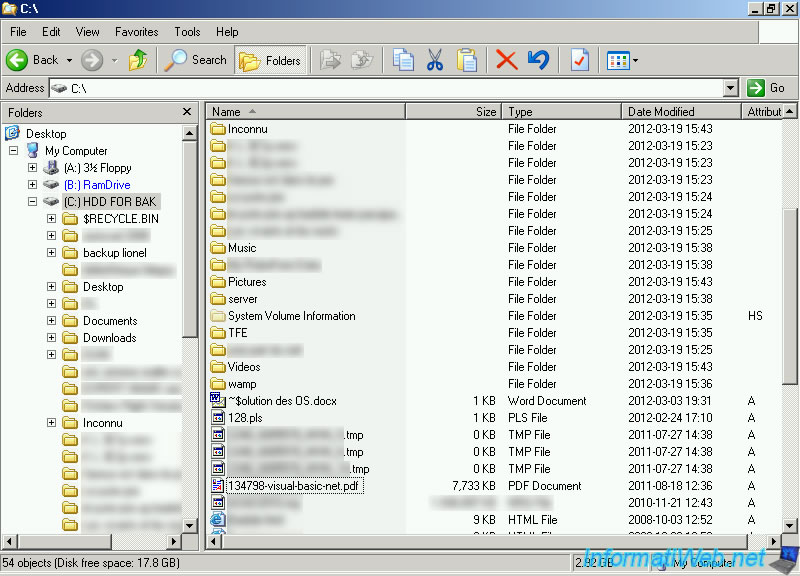 Finally, as you can see, this program will allow you to recover your deleted data in several cases :

In addition, it supports such file systems : 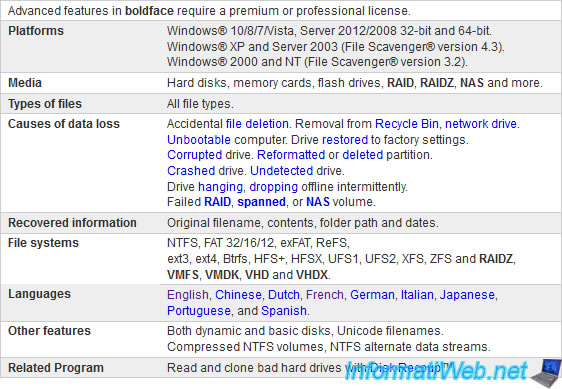 If however, you do not want to buy this program and want to try to recover your data with Recuva, here's how to do it : Data recovery with Recuva

3. Problem : You have accidentally deleted one or more partitions on your hard drive or they have disappeared

In such cases, there are two possibilities :

To recover the data that was on the partition that has been deleted or has disappeared, you can use the File Scavenger program that supports this kind of case.
To do this, follow our tutorial : Data recovery with File Scavenger