To enter into a Phoenix BIOS, press the "F2" key.
Note : To find out which key should be pressed, just look at what is written under the logo of the motherboard at the bottom of the screen. 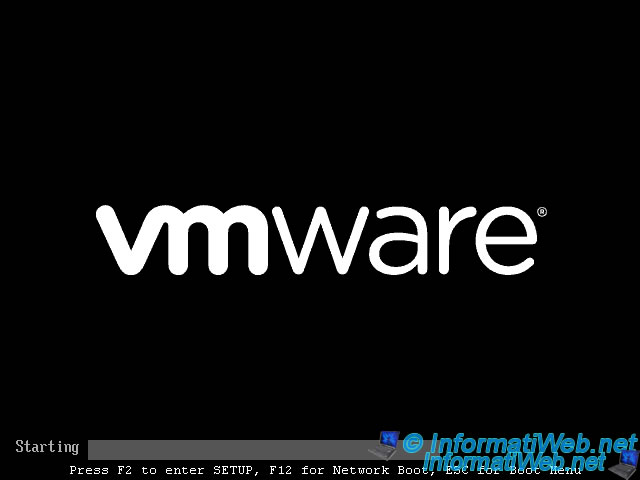 The start menu looks like this. The appearance and device types may vary depending on the models of motherboards and BIOS versions.
Warning : If you want to flash (update) the BIOS, it is recommended to ask a professional to avoid planting definitely your motherboard. In addition, it is recommended to do so by plugging the computer tower on a UPS to avoid the computer shuts down during the update. Because if there is a power outage at the time, your motherboard will permanently inoperable.

In this menu you can see the different devices on which you can start : 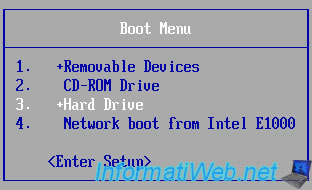 We will change the boot order in the BIOS to first look for the CD / DVD drive before booting on the hard drive, network or other.

To enter into a Phoenix BIOS, press the "F2" key. 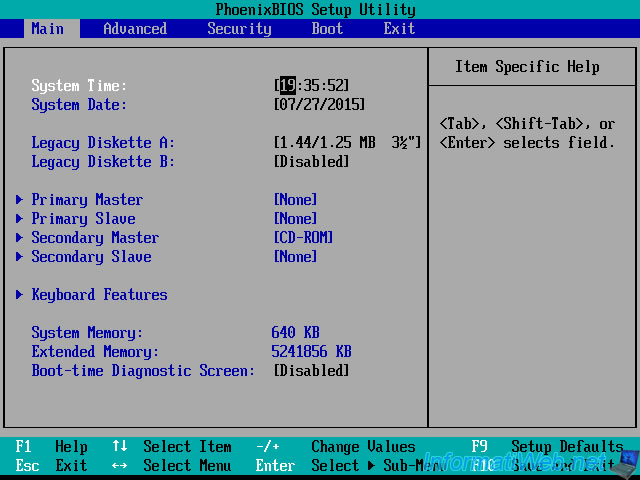 In the Phoenix BIOS, boot options are in the "Boot" tab.
Select the CD / DVD drive (named "CD-ROM Drive") and press the + button to raise the top of the list. 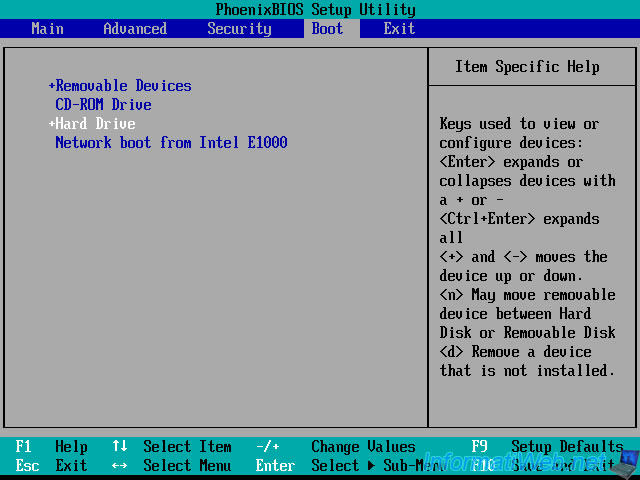 Finally, go to the "Exit" tab, select the line "Exit Saving Changes" and press "Enter" to exit the BIOS and save changes. 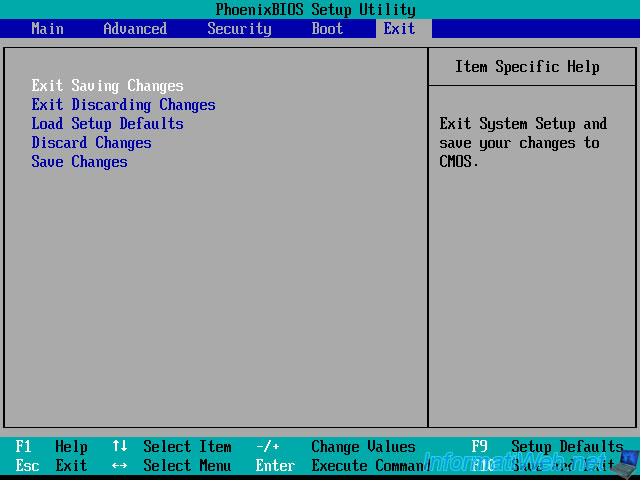 Your computer will reboot on the CD / DVD drive if you've put a bootable CD / DVD into it. Otherwise, it will boot on the hard drive.