To be able to start your computer one day and / or a specific time, you must use the function called "RTC Event" on the new BIOS (UEFI BIOS) or alarm on the old BIOS (BIOS Award in general).

To do this, go to the advanced mode. 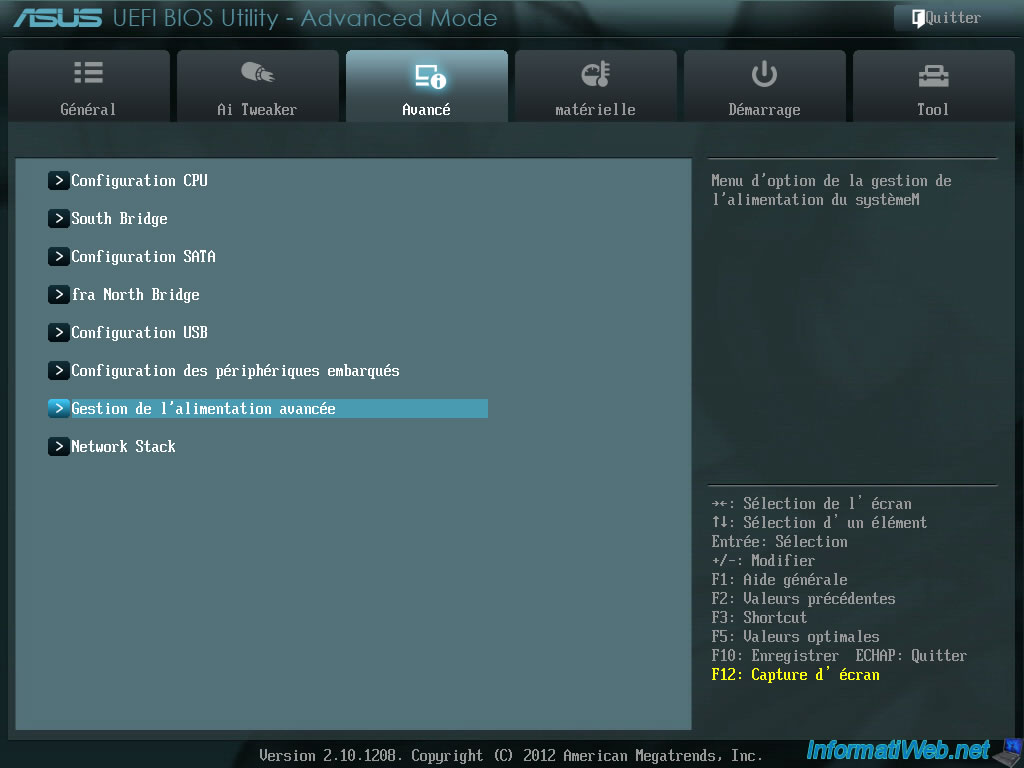 In this category you will find (if your BIOS support it), the feature "RTC Events". If this is the case, activate it.
Otherwise, it will not be possible to create a scheduled start your computer. 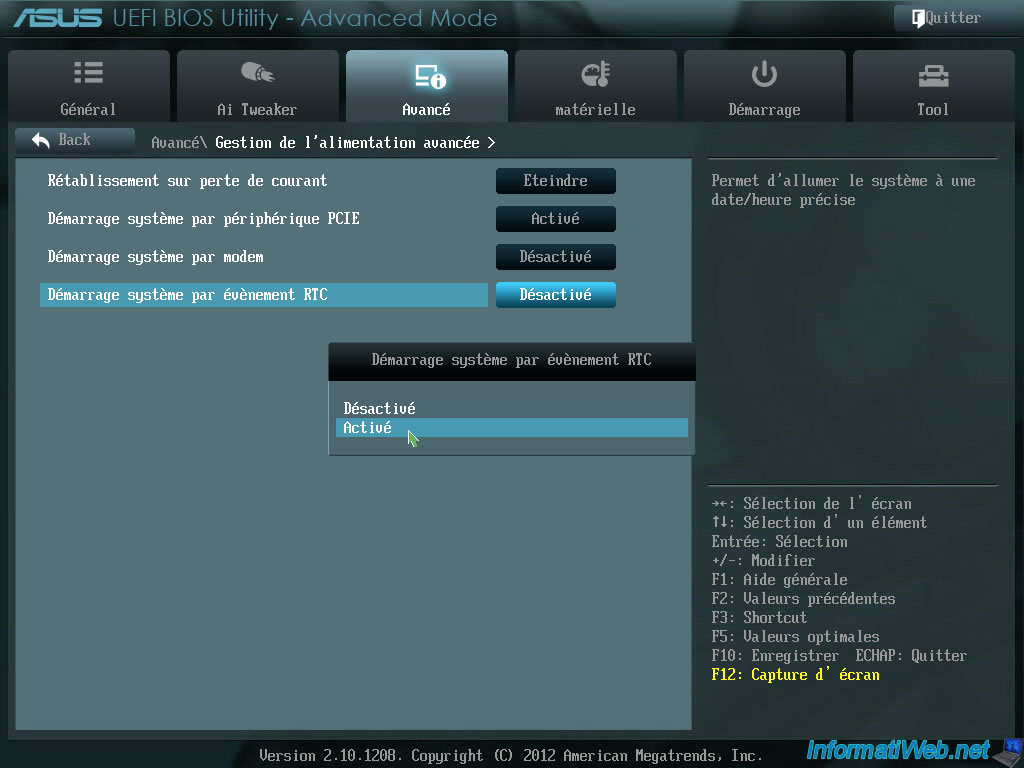 For example, the screen shot below shows that the computer will automatically start every day (for day = 0) at 10h 15min 25sec and). 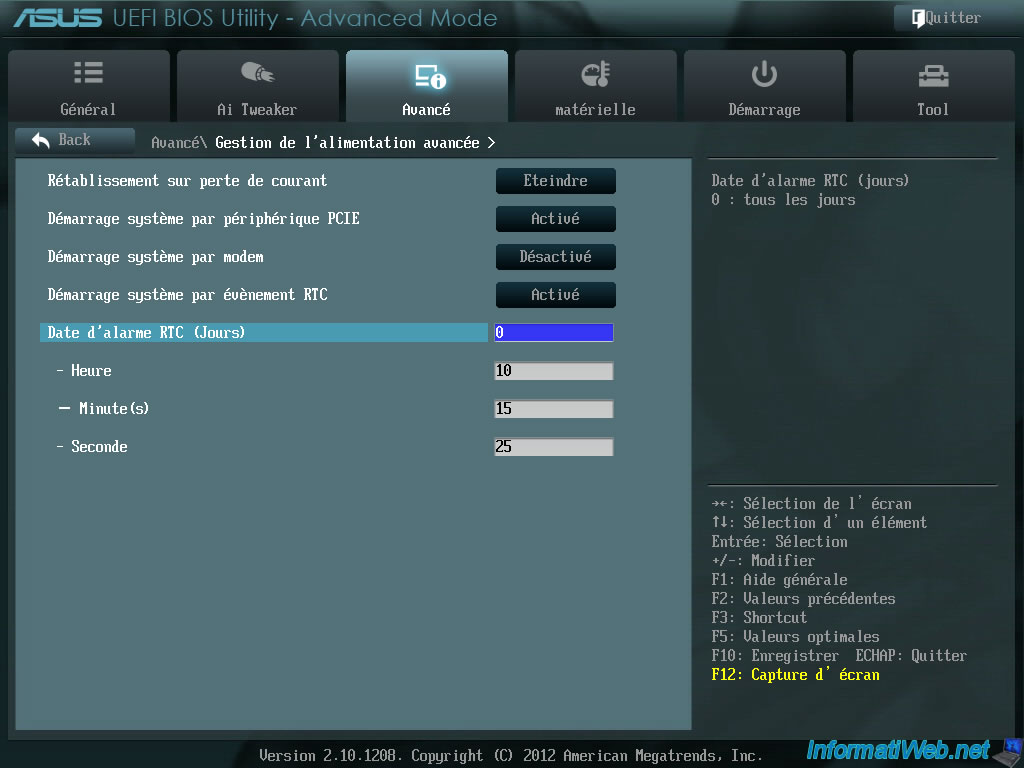 WARNING :
After several tests, we noticed that the motherboard was not supplied in the same way before starting the computer after turning it off. In fact, when you turn off your computer remains powered devices (hence the light of our keyboard and mouse that remained lit). If you physically disconnect the power from the computer by unplugging the plug and you 2 minutes later, you will see that the devices are not (oddly) more energized until the computer has not been turned on at least once.
If you are told this is simply because if you do not let the hip after taking off (the software) on your computer, the computer will not start. Unless you perform a clean boot the computer when you disconnected the plug and when the pc should start automatically.
So if you have devices that emit light trying to hide one way or another but don't disconnect the mouse or keyboard because your BIOS might produce the error "Keyboard not found". Which block the startup of the computer screen on the motherboard.