Protect yourself against viruses, hackers and traps present on Internet

You will perhaps not know it, but about 170 billion spam messages are sent every day.

To identify spam, there are several methods :

And elsewhere it is always the same. Examples of spam :

Information about fake mails about Paypal :

Among banners and popups (pop-ups that open by themselves), you will see some of these fake advertisements :

Here are some screen shots of these fake advertisements : 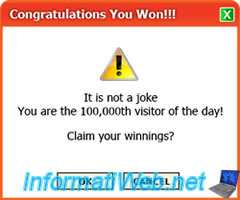 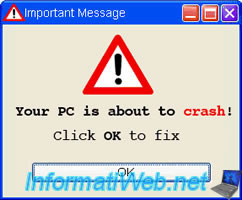 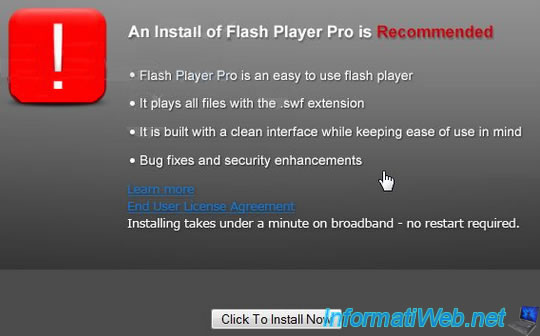 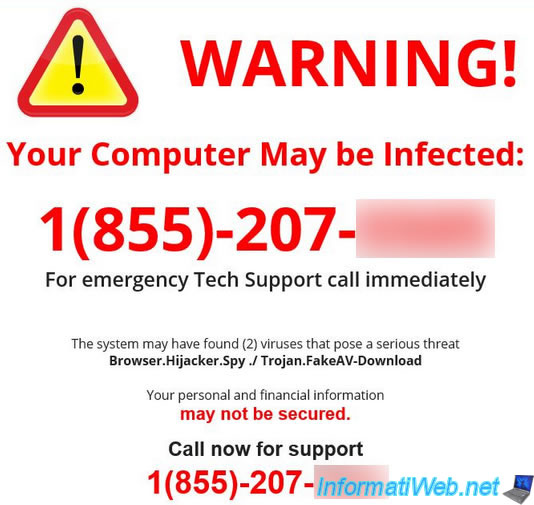 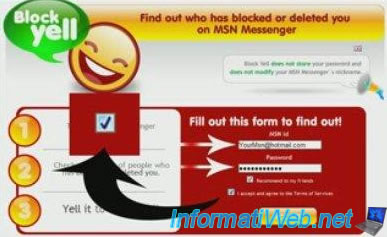 In the same style, but lesser known, there are also malicious sites show in ads of the famous search engine Google.
If Google displays malicious sites in its ads is because one or more hackers have paid Google (via Google Adwords) to distribute a sponsored link at the top of Google results.
When a person goes through Google Adwords, she can choose keywords for its advertising.

Thus, if the user search "trip", he will have ads or commercial links (which is the same) that redirect to tour companies such as Voyage SNCF, Opodo or Neckerman.
In the case of the hacker, he will choose for example "NOD32" and "ESET" as keywords for the user falls into his trap and download the infected version instead of downloading the program on the official website.
As in this example tested in January, 2016.

Note : we added some "v" green and a red cross to show which links are reliable and which is not.
Indeed, "www.eset.com" and sub-domains of "eset.com" belong to the true good company "ESET". The author of the antivirus "NOD32."
Except, that the link "eset-nod32.a-fake-domain.com/en" redirects to a subdomain "eset-nod32" of a hacker site whose domain is ".... download.be". 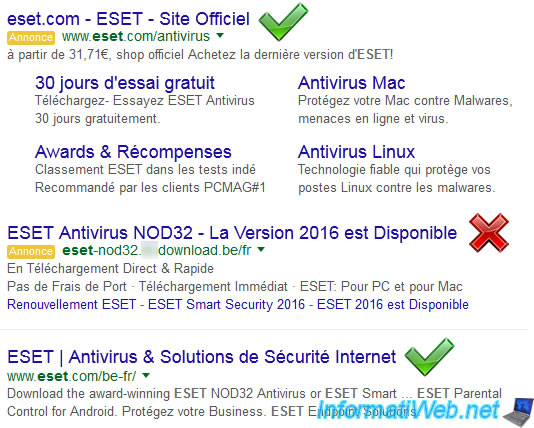 Finally, with fake advertising and fake programs offered on Internet, there are also fake antivirus.
These are programs created by hackers, who look like antivirus.

Here are some screen shots of the fake antivirus : 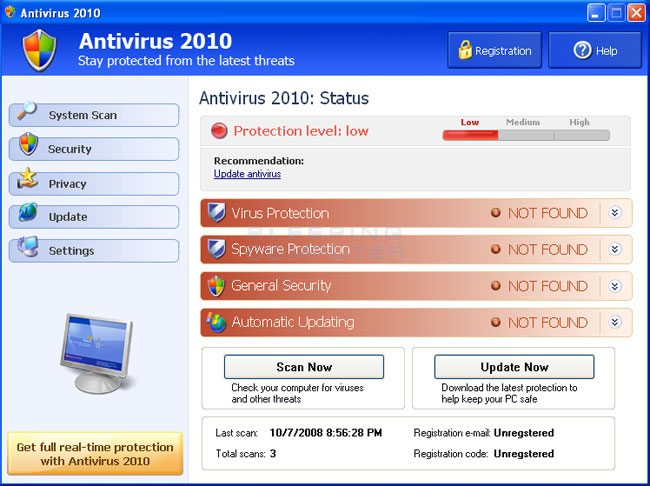 Including an antivirus that detects the "C:\Windows" folder as a "Trojan Downloader". 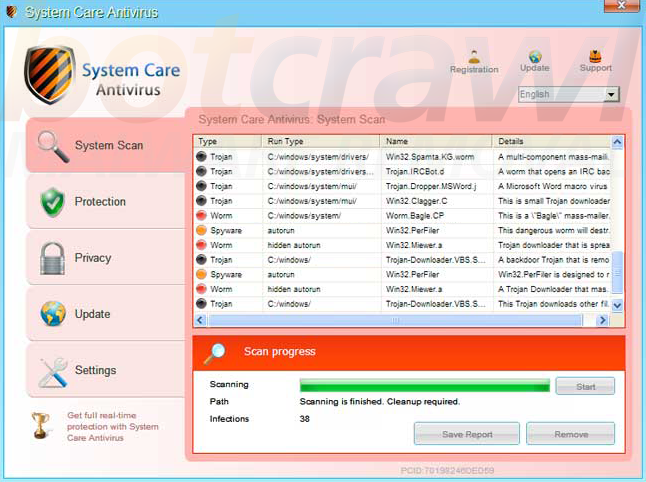 In short, to uninstall this type of fake antivirus, look for "remove + his name" with Google to find how to remove it completely.
And never buy the paid version of one of these programs. This will be useless.

16. Never download an attachment sent by an unknown person

This may seem logical for some users, but others will be curious and open certain file types.
Indeed, most people think that a virus is necessarily an exe file. But, in reality, a virus can be in any file : programs (exe), documents (txt, doc, docx, pdf), music (mp3, flac), videos (avi, mp4, ...) or other file types.

Anyway, if a unknown person sending you an email with an attachment, don't open it. Don't open the mail and do not open the attached file.
For information : "e-cops" and "cryptolocker" ransomwares were sent notably by email.

In some cases, these malicious emails are sent with the same name of a person that you know. In such cases, check that the email address of the sender matches the real e-mail address of your friend.
If it does not the case, it's a spam. So, don't open the attachment.

Finally, this kind of mails :

In case of doubt, send a new email to the person indicated as sender or better, contact your friend via another site. Examples : social networks, phone or other.
So, even if a hacker really hacked the e-mail address of your friend, she will tell you that she is not at the origin of the email that you received.

In recent years, the known sites like Gmail, Facebook, ... have strengthened their security.
Now, most of known sites offer the 2-step verification.

What is the 2-step verification ?
This allows you to connect to a site by specifying :

Generally, this protection is disabled by default.

Why enable it ?
To better protect your Gmail account, Facebook acoount or other.
Indeed, once enabled, the person who wants to connect to your account should know :

This means that even if a hacker has steal your credentials "Username + Password" with a virus on your computer, the site does not give him access to your account because he will not know the unique code that you received on your mobile phone or smartphone.
Moreover, if you receive an unique code from Google or other while you have not tried to sign in to your account, you'll know that someone knows your password.
So, you can simply change it.

IMPORTANT : Never give this unique code to someone, even if it is being requested. The person who asked you this kind of thing can only be a pirate. Even if he said be part of Google.
As I said earlier in this article, the site on which you have an account never need your password or an unique code. Moreover, they are the ones that we sent you this code, so it is completely absurd that they request this code just after.

How to enable it ?