Since version 7 of VirtualBox, you can monitor the use of your computer's resources by your different virtual machines.
To do this, go to : Tools -> Activities.

As you can see, you will be able to monitor :

Below, you will find the list of virtual machines currently started with :

Several graphs will appear to show you : 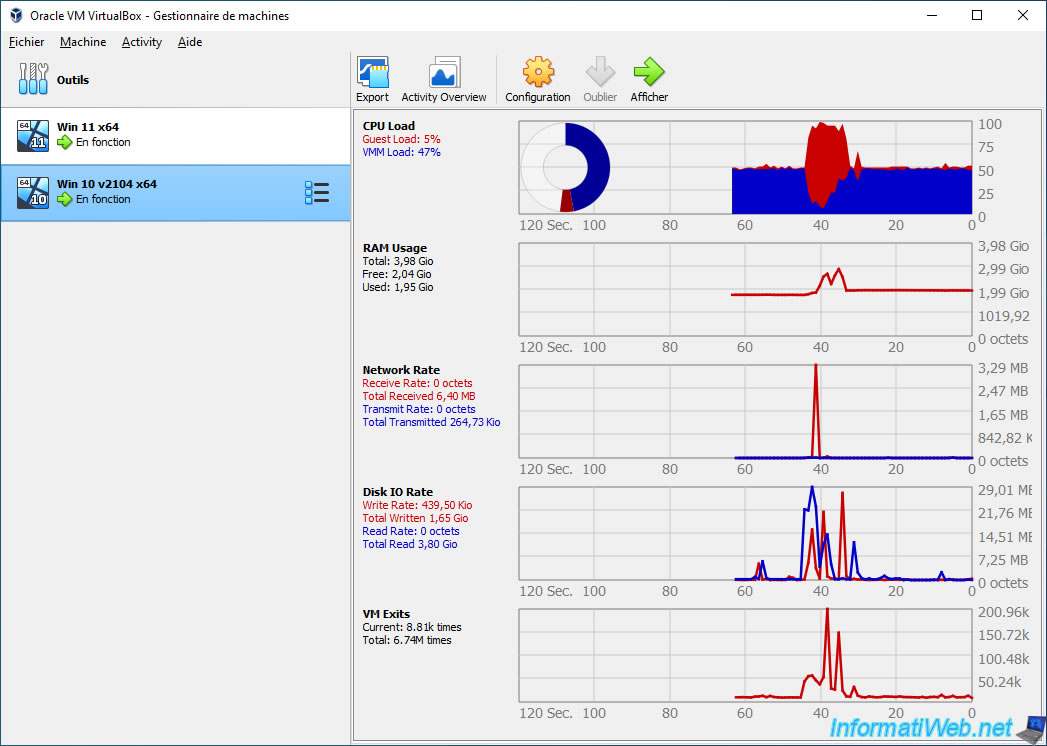