To configure video capture of a virtual machine, select it and click Configuration. 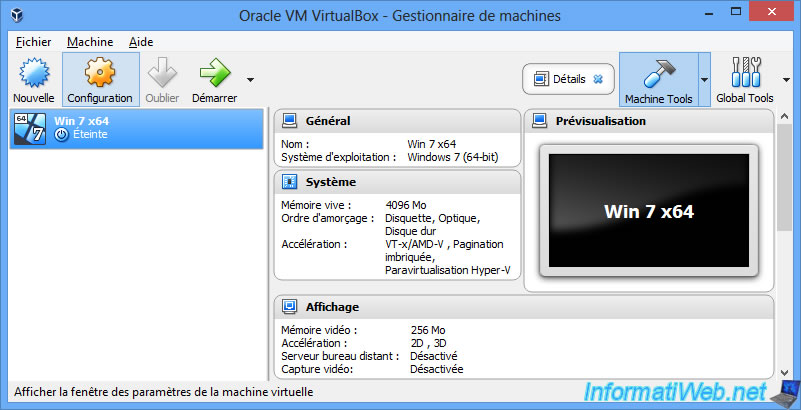 Then, go to : View -> Video Capture.
As you can see, VirtualBox allows you to choose : 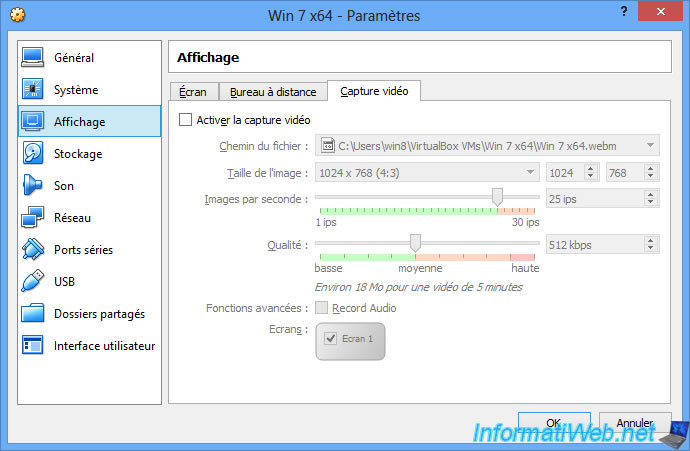 Since version 6 of VirtualBox, you will also be able to :

Note : the only video format available is always WebM. 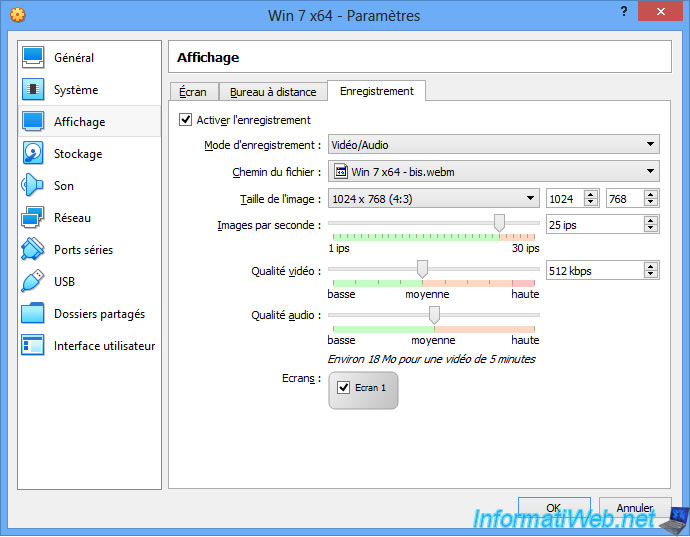 Once video capture is enabled, you will see additional information appearing in the virtual machine details : 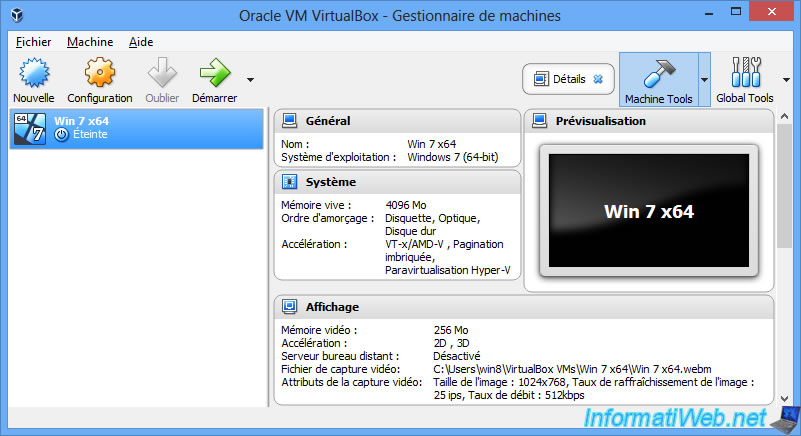 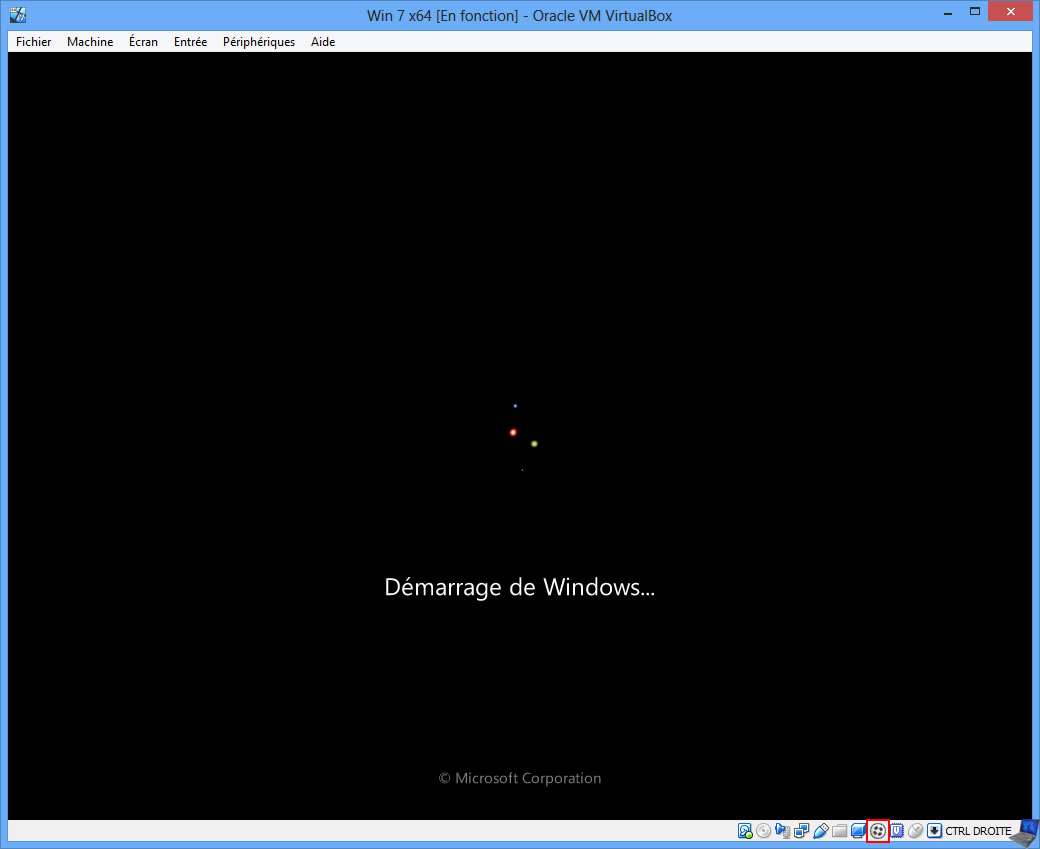 In the virtual machine folder, you will find, by default, your video file created by VirtualBox.

Note that it's also possible to manually start and stop video capture from a virtual machine started beforehand.
To do this, right click on the icon representing a screen with a camera and click on "Video Capture".

The animated gray wheel appears to indicate that the video capture is in progress.

To stop video capture, right click on the gray animated wheel and click on "Video Capture" again to uncheck this option.

The gray wheel disappears and the blue icon reappears.

3. Edit a video recorded with VirtualBox

After capturing video, you may want to be able to edit the created video to cut unwanted parts, for example.
For this, there are professional software like Adobe Premiere Pro or Sony Vegas Pro which are used by your favorite Youtubers, but to start, VirtualDub is preferable.
Indeed, it's free, open-source, very easy to use and can support the WebM format thanks to a small plugin which is also free and open-source.

In short, download VirtualDub in 32-bit or 64-bit (if you have a 64-bit processor and OS).
The contents of the zip file for the 32-bit version look like this and the plugins should be stored in the "plugins32" folder.

Then, download the "Virtualdub FFMpeg Input Plugin" plugin which will allow you to load many video file formats (including Google's WebM) using FFMpeg.
As you can see, the plugin is available in 32-bit and 64-bit. 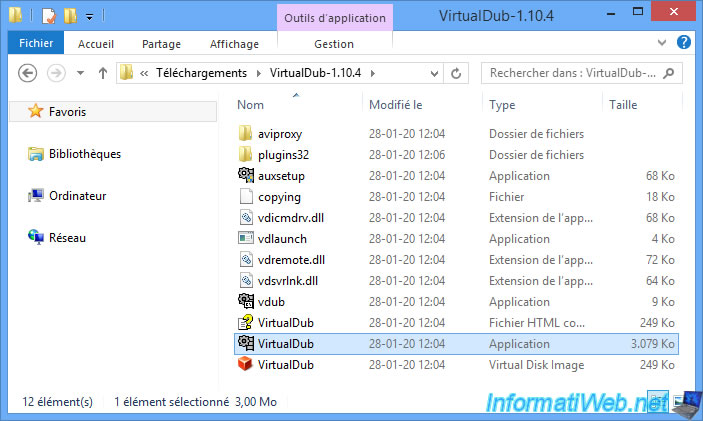 Now that the plugin is installed in VirtualDub, you can load your video in WebM format. 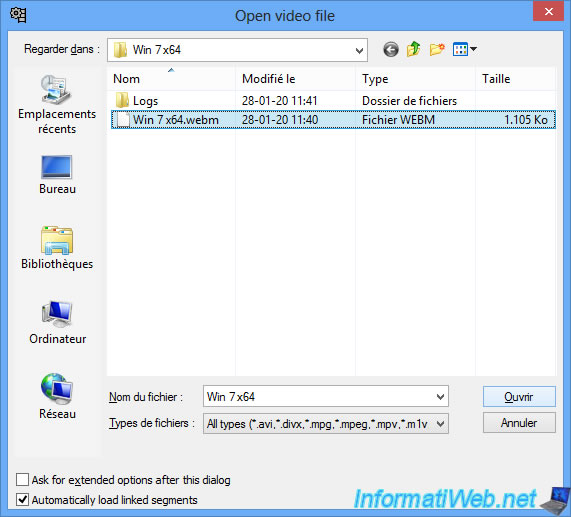 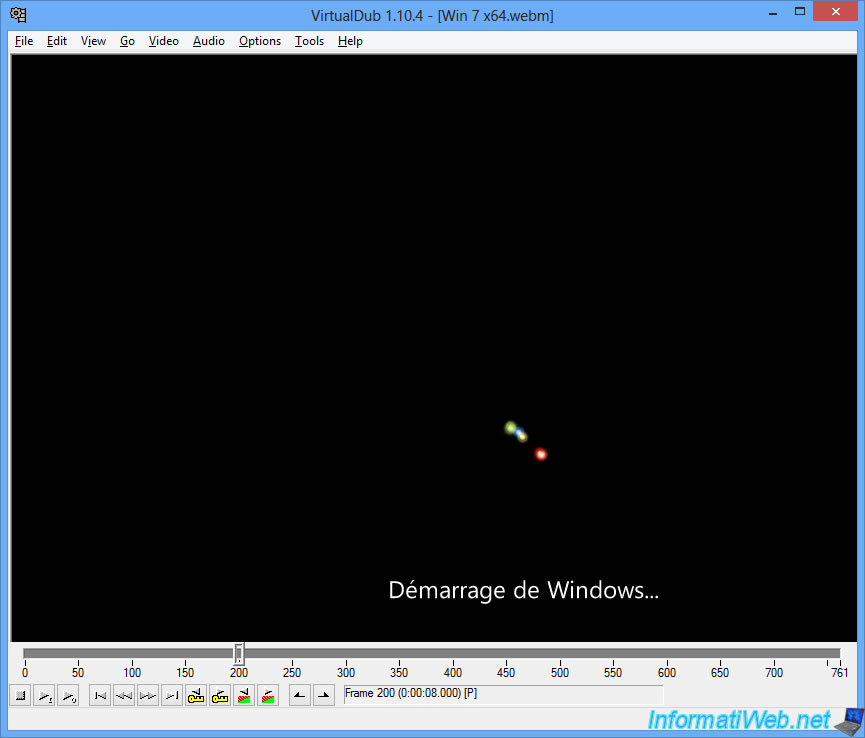 However, VirtualDub only supports the avi format for saving video and you will need a third party codec to encode the video.
For example : Xvid MPEG-4 Codec

To install it, just click Next at each step. 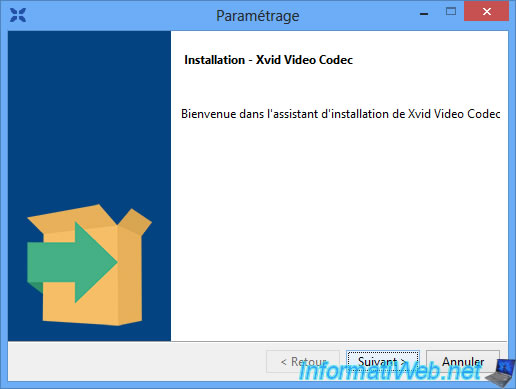 Then, restart VirtualDub and go to : Video -> Compression. 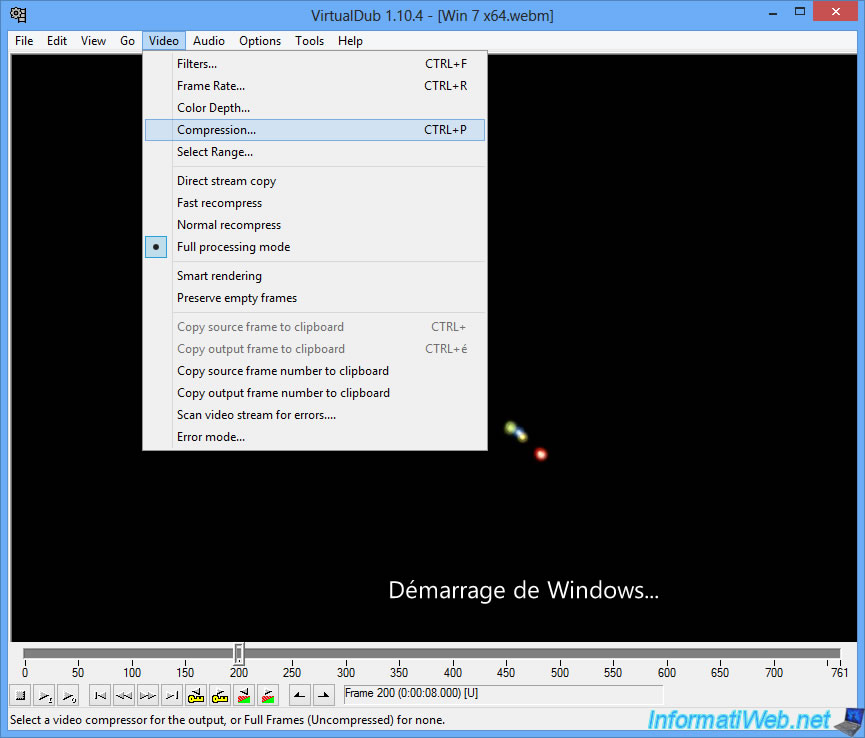 Select the "Xvid MPEG-4 Codec" codec you just installed and click OK.
If you don't select a codec here, the saved video will be several GB. 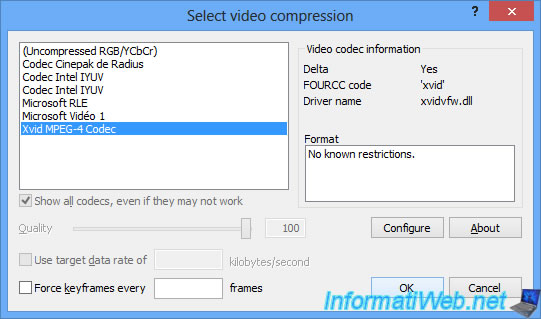 Once you have finished editing the video, click : File -> Save as AVI. 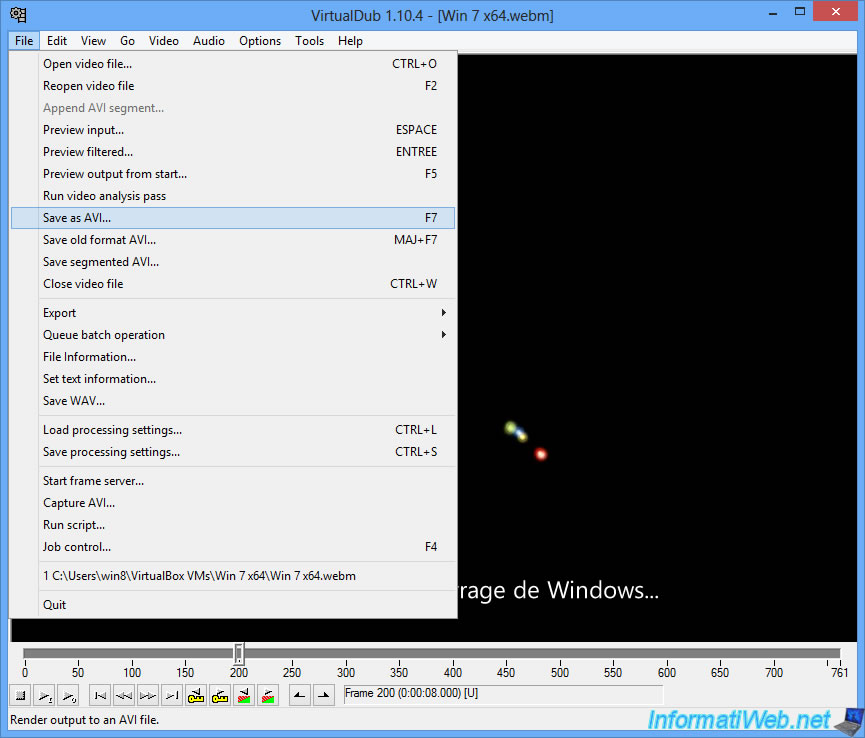