Since Windows 8.1, Microsoft has added an option to arrive directly on the Windows desktop instead of this touch interface. 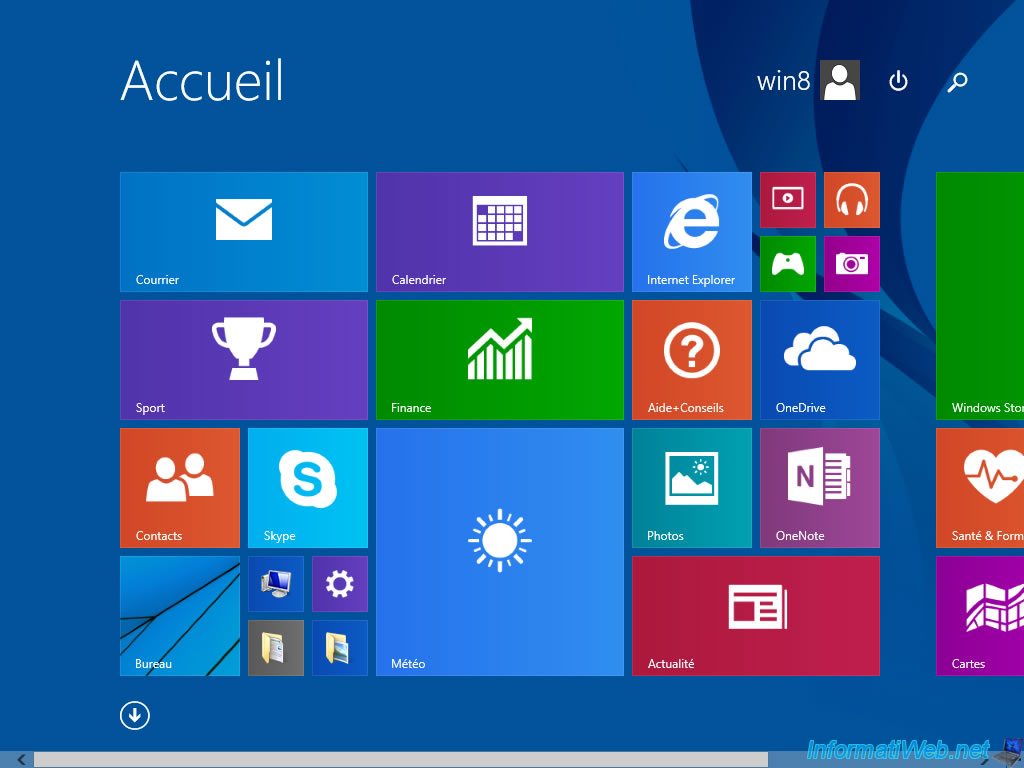 To do this, right click "Properties" on the Windows 8.1 taskbar.

Then, in the "Navigation" tab of the "Taskbar and Navigation properties" window that appears, check the box "When I sign in or close all apps on a screen, go to the desktop instead of Start" and click OK. 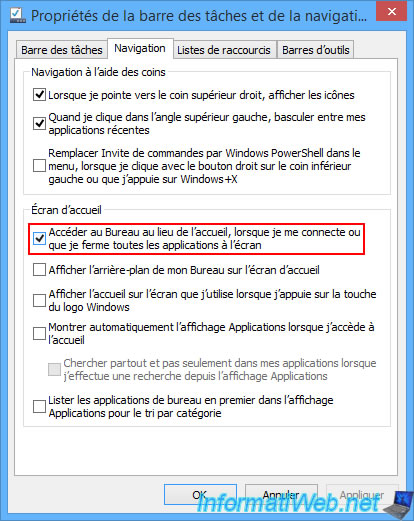 The next time you log on to Windows, you will be taken directly to your Windows desktop.

On Windows 8, this option is not available by default.
However, there is a free and virus-free program that offers this option.

One of the ways to bypass this tactile interface on Windows 8 is to install the "Classic Shell" alternative start menu.
Indeed, by default, this program is configured to bypass the Metro interface of Windows 8.

To do this, refer to our tutorial : Recover the start menu on Windows 8 or 8.1

2.2. Bypass only the touch interface (metro) of Windows 8 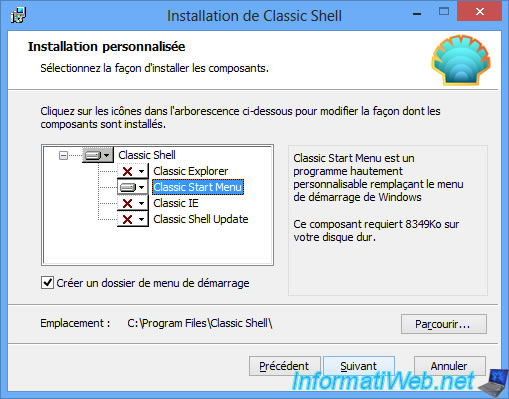 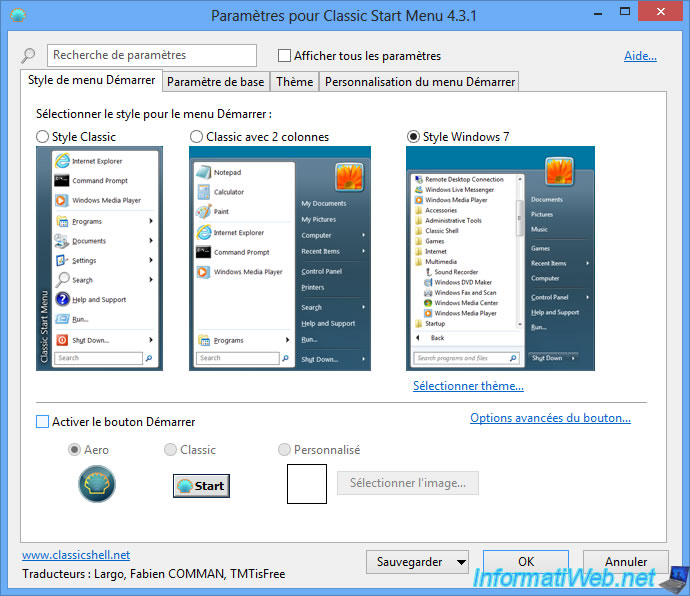 Then, check the "Show all settings" box at the top of the window, then verify that the "Skip Metro screen" box is checked in the "Windows 8 Settings" tab. 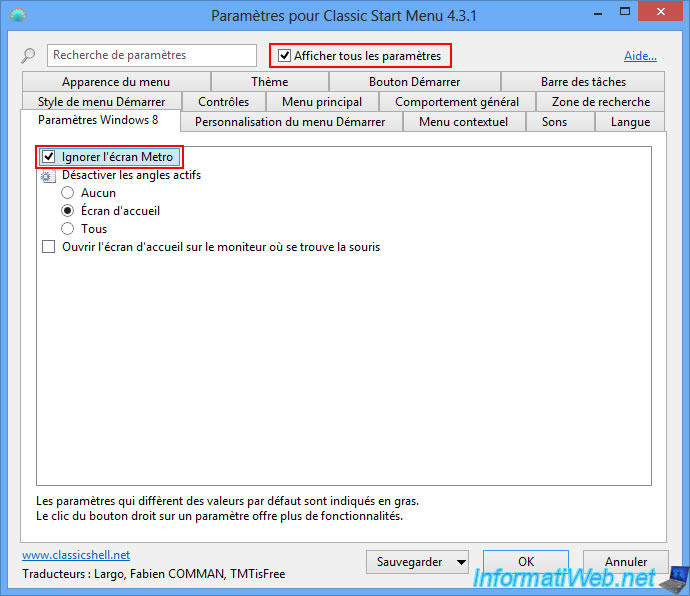 Then, for the "Disable active corners" option, select None.
Then, click on OK. 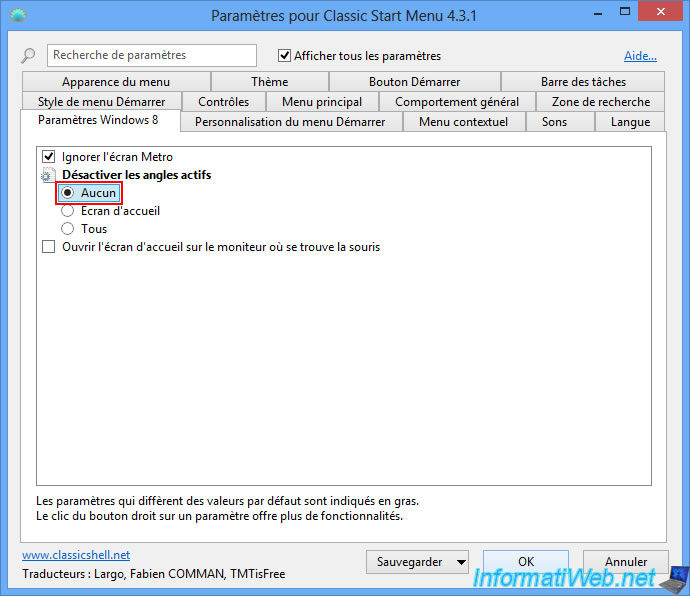 As you can see, the start button has disappeared again.

And since the active angles have been reactivated, you will once again be able to access the touchscreen interface via the lower left corner.

Restart your computer and log on to Windows.
As expected, you will arrive on your Windows desktop automatically instead of the Windows 8 touch interface. 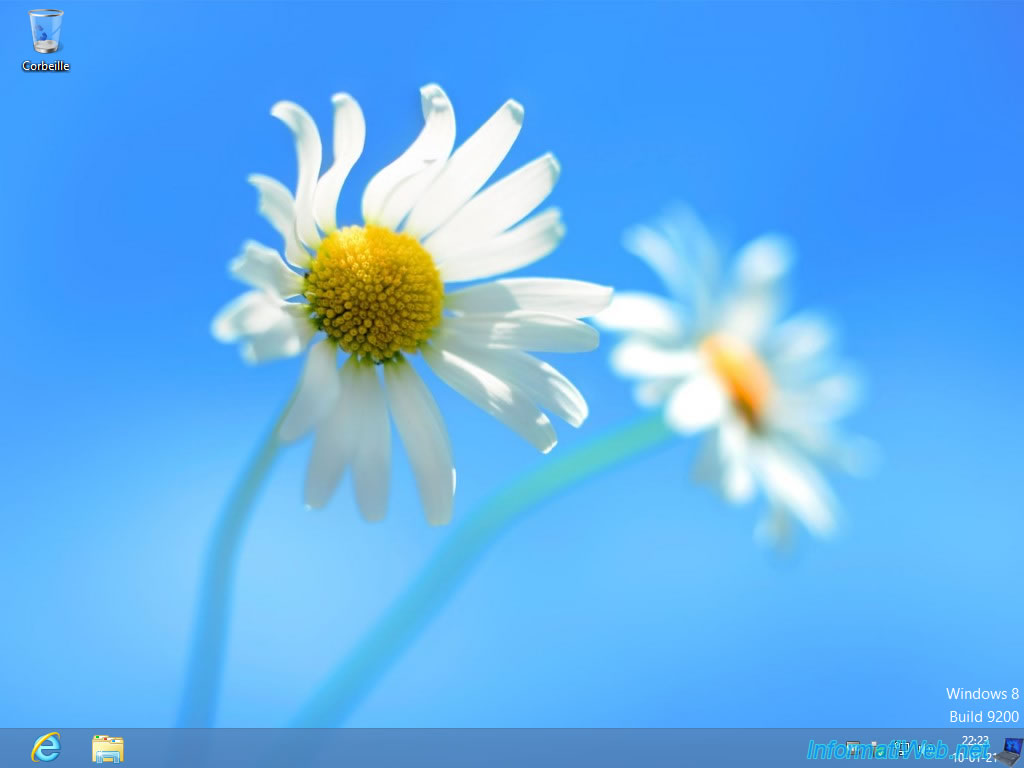