Currently, virtualization has become unavoidable and is used by many companies.
Indeed, it allows you :

For those who are curious, know that VirtualBox was originally created by InnoTek in 2007, then bought by Sun Microsystems in 2008 and finally bought by Oracle in 2009.

As an individual, VirtualBox will allow you to :

To be able to create virtual machines, you need a powerful PC with a processor supporting at least processor virtualization (Intel VT-x or AMD-V).
In addition, the processor virtualization (Intel VT-x or AMD-V) must be enabled in the BIOS of your motherboard for this to work.
Finally, note that 32-bit hosts are no longer supported since version 6.0 of VirtualBox.
If you are using a 32-bit version of Windows, Linux, ..., you will need to use VirtualBox 5.2 whose link is in the orange text of this page.

For more information on the requirements, refer to our article about virtualization.

Note that you will obviously need the installation CD/DVD of the operating systems you want to install in your virtual machines.

To install VirtualBox, it's very easy.
Go to the "Downloads" section of the VirtualBox site and download the version adapted to your operating system.

In our case, we have downloaded the version for Windows. 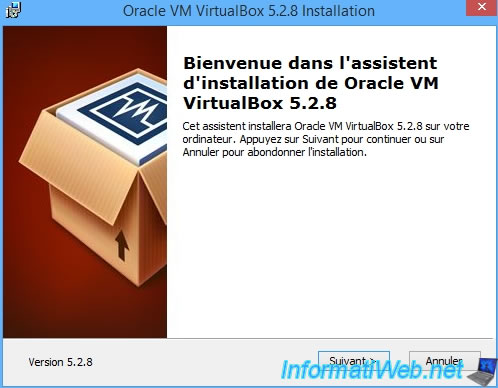 When installing VirtualBox, you will see that some components will also be installed by default : 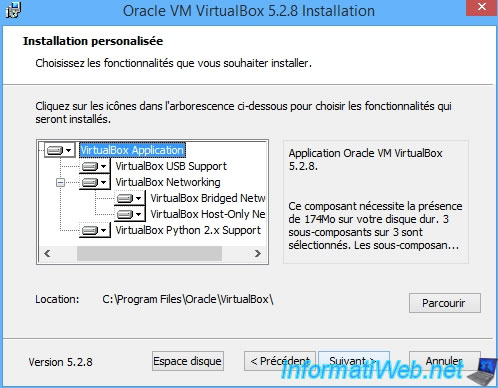 Let the wizard create the shortcuts if you wish. 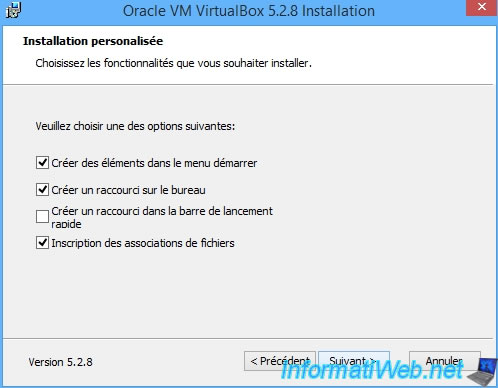 As mentioned above, the wizard will also install 2 types of networks and more specifically 2 additional network adapters.
This will cause a mini network disconnection.

If you are downloading a file, it's likely crash your download.
If this is not the case, simply click Yes to continue installing VirtualBox. 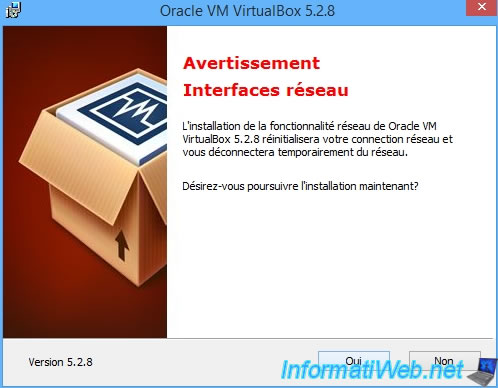 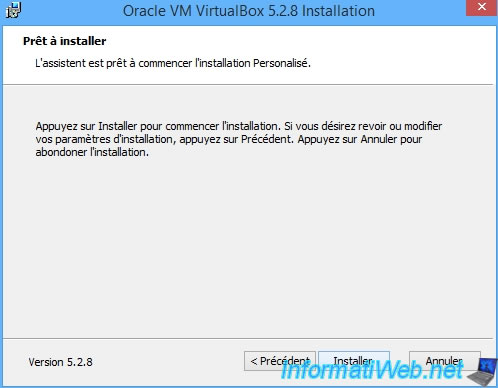 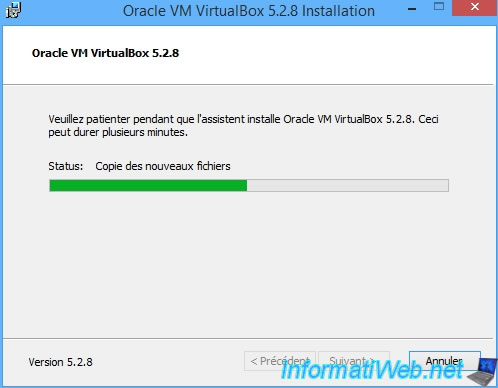 And some drivers will need to be installed for VirtualBox to work properly on your computer.
Check the "Always trust software from Oracle Corporation" box and click Install. 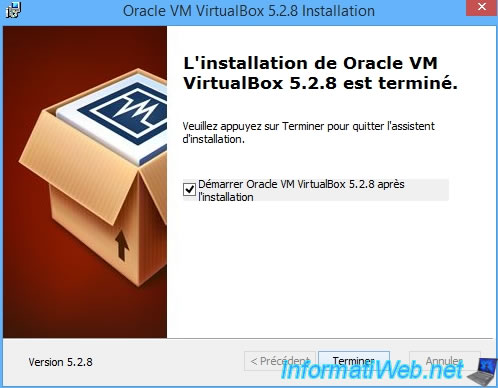 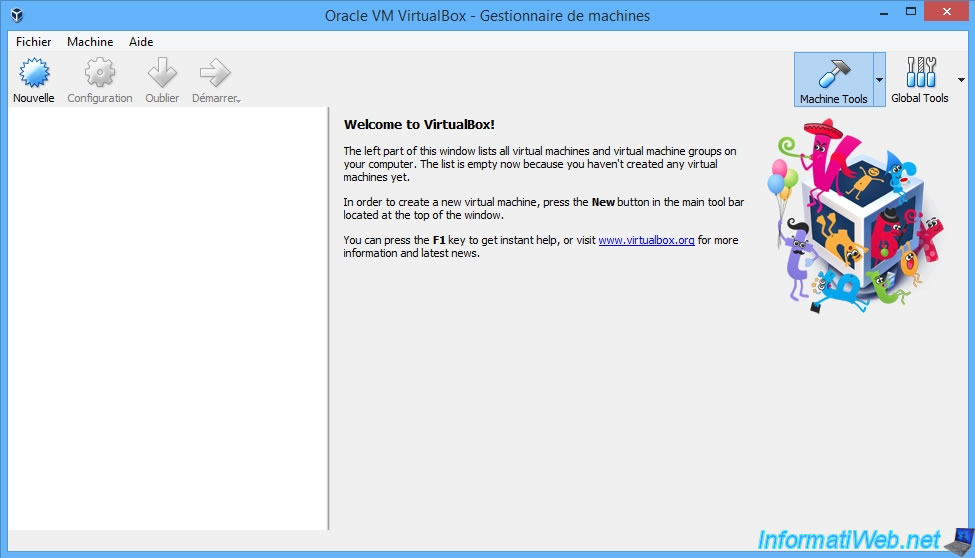 4. Install the extension pack for VirtualBox

By default, VirtualBox has limited functionality.
But, as an individual, you can install the rest of the VirtualBox features for free if you use it for personal purposes only.

Among the features offered by this pack, you will find :

Once downloaded, double-click on it and it will open with VirtualBox.
Click on Installation. 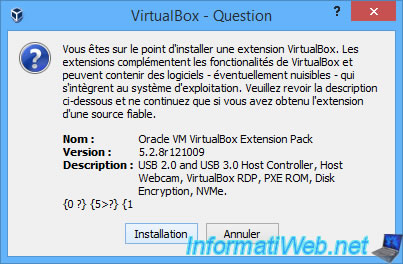 Scroll down to the bottom and click on I accept. 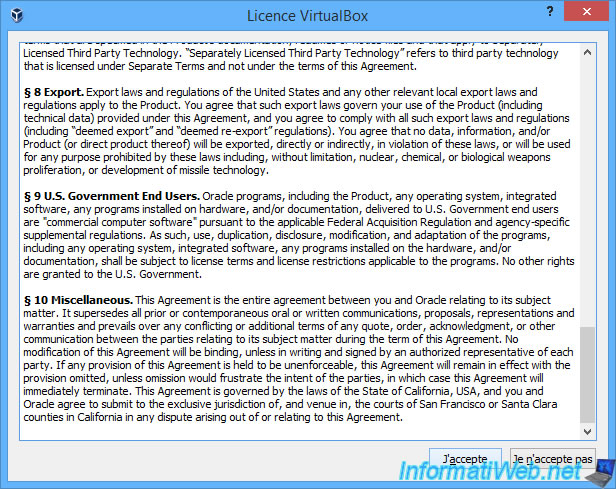 That's it, the pack is installed.